Charlize Theron’s Mom Hooked Her Up With Weed For Sleep 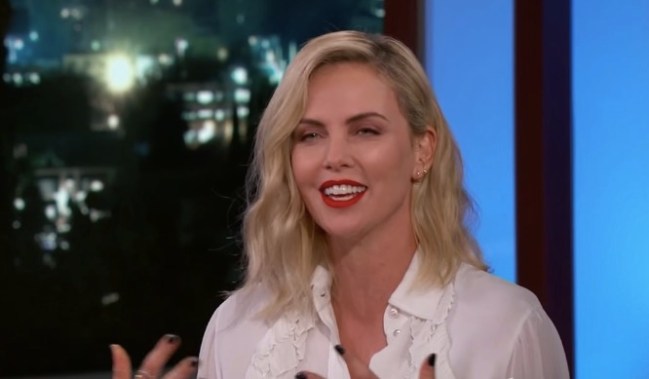 Marijuana being legalized for recreational use in multiple states across the nation has really changed the game in a short period of time. Ten years ago, the idea that you could just pop into a store and purchase any strain of cannabis under the sun *without legal approval from a doctor*, well that thought would’ve been unfathomable to most people. But if you’re 21-years-old that’s the exact scenario you can find yourself in if you are in Colorado, Oregon, etc.

Charlize Theron was a guest on Jimmy Kimmel Live last night where she talked about her 8 years of smoking weed, sleep troubles, and how her mom recently hooked her up with a bunch of weed. The story of how her mom went about getting the cannabis is on that Charlize loves to tell:

Charlize Theron and I have something in common: we both struggle with sleep. I don’t know the exact nature of her sleep issues but I know for myself, some of the best sleep I’ve gotten in the past decade came the last time I was in Colorado when I hit the dispensary. I asked for some of the mildest gummies (amongst other things) they had because I wanted something that would help me sleep throughout the night.