Could You Beat Up A Goose? This Chart Shows How Americans Are A LOT More Confident Than Brits 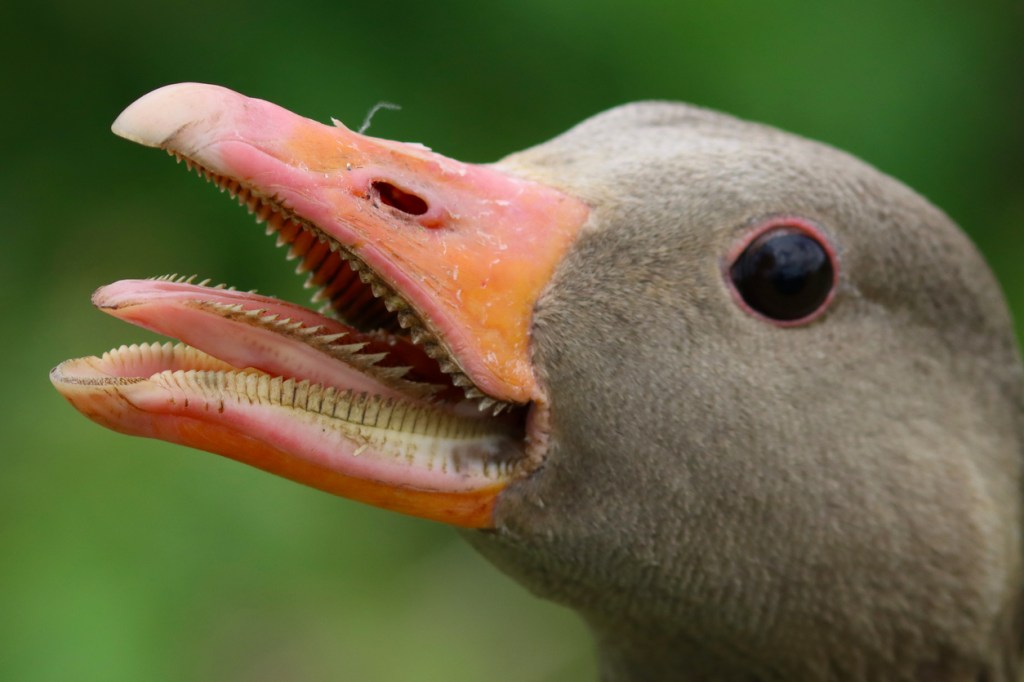 Did I include that music video of Tina Turner’s ‘Simply The Best’ above to reinforce American Exceptionalism without even looking up the lyrics or knowing what the song is really about? You’re damn right, I did. In my head I was like ‘yup, we’re the best and this song says that so that’s what I’ll do here’ because we are sure as heck are the greatest country in the history of civilization. We’re the best there is, was, and ever well be.

This chart from YouGov appears to have been compiled a month or two ago but it’s just now going viral. It shows a chart of different animals and the percentage of people who think they could beat up that animal in a fight. Then it shows the disparity in responses between Americans and the British.

But the Brits, man, what happened to them? They conquered the world and now only 45% of the British think they could take a goose in a fight?! 55% of British people think a goose would mess them up?!

Here’s the chart with some spectacular Twitter responses below: 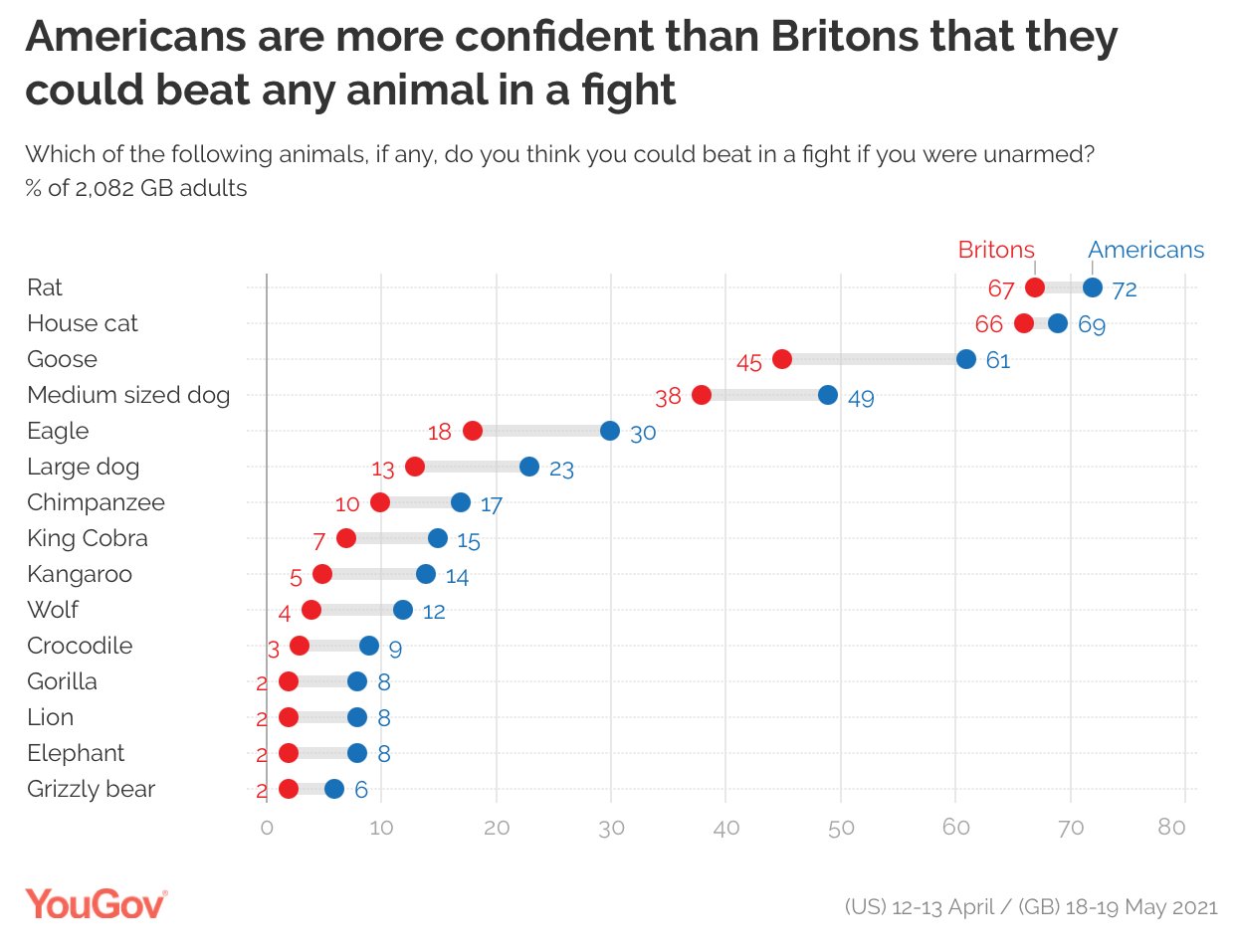 American exceptionalism in one image. pic.twitter.com/3oNhYvvTZ7

Few things show how disconnected people’s survey answers can be from reality like this chart. pic.twitter.com/P9FC2s94xv

How did the Brits go from courageously standing alone against the Nazi onslaught to not being confident they could beat up a goose? What has gone wrong?

How the hell is anyone afraid of a goose? Yes, they’re terrifying when they’re mad but you just gotta hunker down and realize that it’s you or the duck. I’m thinking that most of the people in this USA vs. England poll have never been attacked by an animal and needed to flip that switch.

What's with that huge gap on geese? Apparently many Americans have never met a goose. pic.twitter.com/L2S6qxWka9

I could absolutely take a goose in a fight.

Only 67% of adult Brits think they can beat a rat. Hmm

This is a valid point here. Who are the 33% of British people who don’t think they could take a measly cat in a fight???

Because nobody asked my opinion, I'm confident I could beat a rat, cat, goose and eagle. A medium dog is a 50/50 call depending on dog and how lucky either of us get. Anything else, I'm dying except by some sheer miracle.

For anyone out there who is thinking ‘there’s no way this is real’, I assure you it was a very real poll conducted. You can find a full PDF of it here.

For what it’s worth, I think Chimpanzee is where I draw my line. I could take all of the animals up to that point. Chimpanzees are absolutely savage and a chimp would have no problems drinking from my skull. With that said, my great-grandparents had a few chimps as pets wayyyy back in the day and my grandmother (youngest of the children) would eat dinner with the chimps who would wear her dresses. So I guess it would depent on the chimpanzee I was fighting.

Then we get to the King Cobra and there’s ZERO CHANCE any of us could take that snake. A King Cobra can move 17.6 feet per second and has enough venom to kill any of us. That would be lights out.