NASCAR Driver Chase Elliott Was Having NONE Of My Stuff During Our Interview, Which Is Completely Understandable 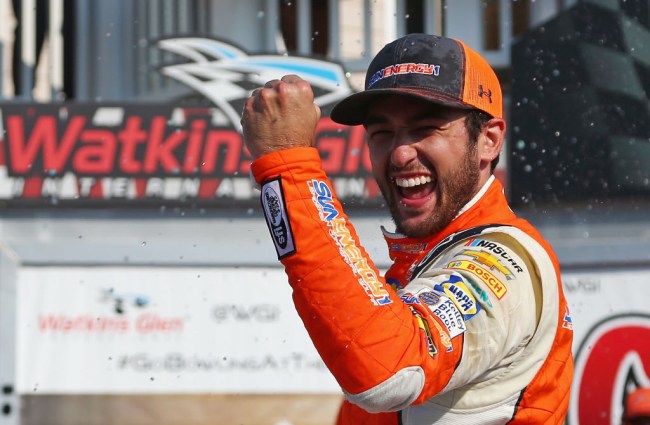 With ‘The Last Dance’ documentary now done and having already re-watched ‘Tiger King’ for the third time I thought it was a perfect time to revisit my interview with NASCAR superstar Chase Elliott. It’s very clear that Elliott was having absolutely none of my shit during our chat.

Elliott is a solidified superstar and known as being one of the classiest yet toughest drivers in the game. Being that I am not much of a NASCAR guy I decided I wanted to use the opportunity to ask him the hard-hitting questions that people who do not watch the sport have always wanted to know.

I actually asked him to grade my (ridiculous) question about being able to listen to FM radio while driving around the track mid-race.

“Chase I’m going to throw another question at you and I want you to answer it, and then if you could give me a 1-10 rating on how ridiculous the question was. You’re driving around the track, are you allowed to turn the radio on?’

I guess that’s why we call it The Brilliantly Dumb Show, because we ask questions that are so brilliant yet so damn dumb at the same time. I couldn’t help it, I had to ask. It was definitely not an easy thing to bounce back from but he was a pretty good sport about it, especially considering what my follow up question was. ‘Do you ever think you will see a day in NASCAR when you show up to the track and somebody pulls up in a Tesla?’

Be sure and check out the full, extremely awkward video from the interview and subscribe to The Brilliantly Dumb Show on Apple Podcasts and Spotify.