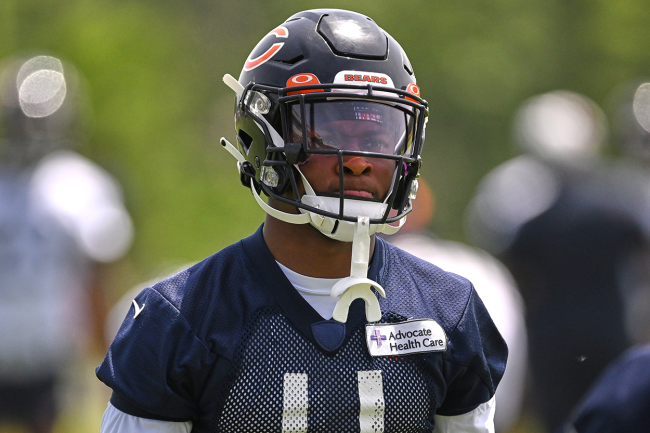 The Matt Nagy era in Chicago did not go well. After a 12-4 season in his first year at the helm, the Bears lost in the Wild Card before going 8-8 in back-to-back years and then 6-10 last fall.

While the win/loss record wasn’t abysmal (he actually won more games than he lost), the organization did not fare well under Nagy’s leadership. As a result, he was fired last year.

With a second-year quarterback in Justin Fields and a relatively young core offensive group around him, there is an urgency in the Windy City. Chicago doesn’t need to win a Super Bowl this fall, but it needs to take a significant step toward that goal under new head coach Matt Eberflus.

Eberflus, who previously served as the defensive coordinator with the Colts, was hired in January. And by all accounts, the new chapter is off to a great start.

Offensively, the team is undergoing a massive overhaul under the first-year head coach and first-year offensive coordinator Luke Getsy, who was the passing game coordinator and quarterbacks coach in Green Bay. Things are going to look completely different this fall.

24-year-old wide receiver Darnell Mooney, who has quickly become a key component for the Bears, recently spoke about the new staff. He said that it is night-and-day from last season.

During an appearance on the Red Line Radio podcast, Mooney shared how the first few months under Eberflus has gone. He said that there is a different feel to and around the team, jabbing that Nagy’s tenure involved a lot of uncertainty and confusion.

“It’s night and day, man,” Mooney said. “It’s smooth. I mean everything. Everybody knows where to go, when to do something, what’s the expectation, what’s the standard. You know what you’re getting out of the next day. It’s not coming in and just like, ‘uh, what we got going on?’ So everybody knows exactly what the coaches want.”

In addition, Mooney spoke to Eberflus’ approach to the team. he said that he appreciates the more wholistic focus because you “can’t have the organization part and trying to do one thing” at the same time.

Nagy, infamously, spent most of his time running the offense. That is not the case for the new head coach, who is letting Getsy “do his thing,” according to Mooney.

Success is not guaranteed, obviously. However, what is guaranteed is that the Chicago Bears are going to look different this fall. From top to bottom. Nagy’s out, Eberflus is in.