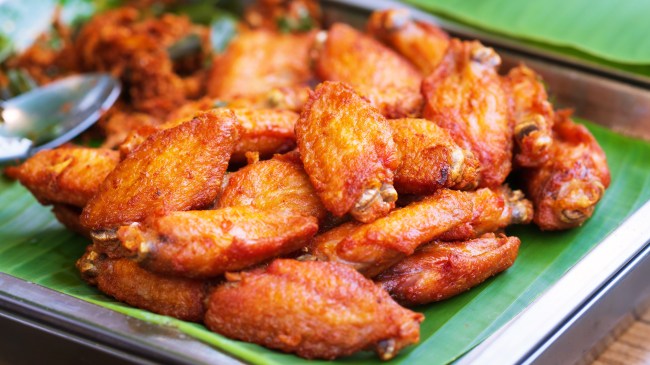 It’s hard to believe we once lived in a world where people willingly chucked chicken wings in the trash due to just how inferior of a cut of meat they were viewed as. Of course, that was a world that had never been exposed to the transcendental experience that comes with eating chicken wings that have been deep-fried before being tossed in Frank’s Red Hot.

Since then, chicken wings have earned a spot on the Mount Rushmore of Appetizers and are one of the top contenders for the Ultimate Desert Island Food crown. Sadly, it’s come at a literal cost, as wings befell the same fate as lobster, oxtails, and other formerly unthanked foods that now fetch a pretty penny even though it was once hard to offload them for a single cent.

One of the silver linings of the miserable state the world devolved into last year is that chicken wing prices plummeted thanks in no small part to the dearth of sporting events and the inability to gather in the eating and drinking establishments where people traditionally watch them.

However, it appears those good days are coming to an end as the more than 400 bad days we’ve been forced to endure seem to be on the verge of becoming increasingly more enjoyable. According to Business Insider, the United States is facing yet another chicken wing shortage stemming from winter storms in Texas that impacted production and caused prices to skyrocket to levels the CEO of a restaurant chain in Ohio says he hasn’t seen in his 33 years in the business.

The Buffalo institution Duff’s says its currently shelling out $3 a pound for chicken wings (which were selling for around $1.10 at this time last year) and that it’s having trouble keeping up with the demand of an item that’s been a go-to for many people looking for some easy-to-find comfort food. It’s hard to imagine that’s going to change as human interaction becomes increasingly acceptable, the weather begins to warm up, and people are no longer terrified of heading to a bar to watch a baseball game or the NBA or NHL playoffs.

I wish us all the best of luck in the trying times to come. At least we’ve had plenty of practice.