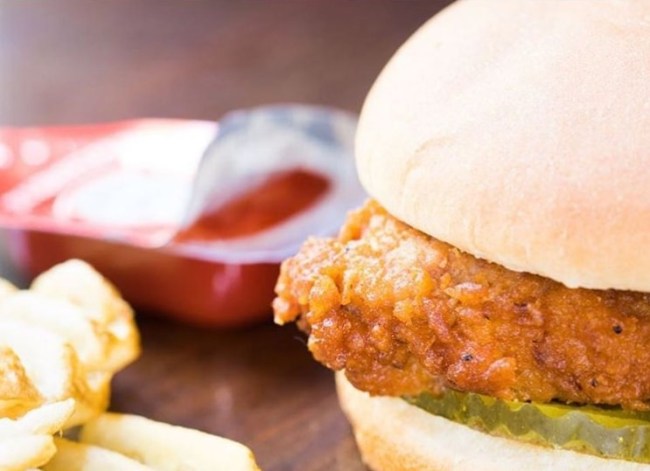 America’s favorite fast-food restaurant is Chick-fil-A according to a nationwide survey. I’m not certain we needed to waste everybody’s time with a survey to come to this obvious and delicious conclusion. The The 2018 American Customer Satisfaction Index’s Restaurant Report set out to find out the top restaurants in the country and Chick-fil-A dominated.

In the past year, people were happily ready to “Eat Mor Chikin.” Based on 22,522 customer surveys collected between June 19, 2017, and May 29, 2018, Chick-fil-A was named as America’s top fast-food restaurant for the third straight year. According to the ACSI Restaurant Report 2018, Chick-fil-A scored a satisfaction score of 87, destroying the competition. The next closest company was Panera with a score of 81. Despite their pickle-fried chicken sandwich, KFC fell to 77.

It doesn’t hurt that Chick-fil-A employees will rush over to save you if you’re choking in one of their restaurants.

It also doesn’t hurt that Chick-fil-A employees will run into traffic to deliver a missing chicken sandwich.

In the battle of the burgers, Wendy’s was the top fast-foot spot with a 77 score, edging out Burger King’s 76, and Jack in the Box was at 74. McDonald’s landed in last place in burger chains and fast food restaurants overall, with a score of 69 for the third straight year. Nice.

The top pizza joints was a tie between Papa John’s and Pizza Hut who both notched an 80, and Domino’s had a 79. Chipotle marked a 79 to defeat Taco Bell which had a 74. This is much different from an earlier survey that crowned Taco Bell as the best Mexican restaurant.

As far as full-service restaurants go, Texas Roadhouse won with the highest score with 83, edging out Cracker Barrel and LongHorn Steakhouse, which jumped up 5 points in the past year to an 81 score (find out the best cut of steak HERE). Olive Garden rounded out the top three casual sit-down restaurants with an 80 score in customer satisfaction. Denny’s was in last place with a score of 77. Red Robin had the largest gain by skyrocketing 8 percent in the past year.