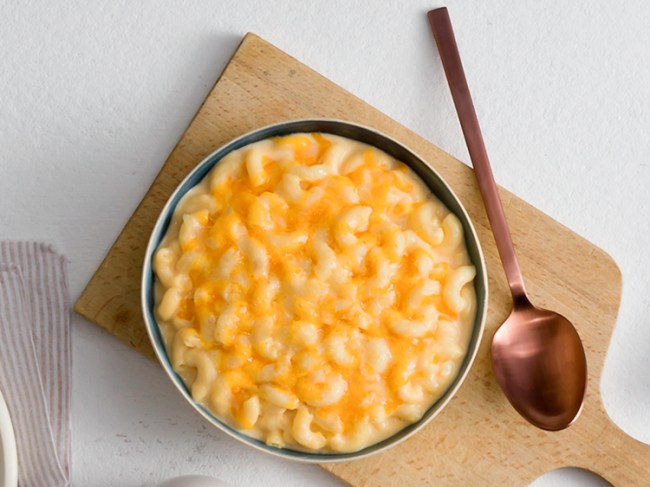 Chick-fil-A has already been declared “America’s favorite fast food restaurant” (for the third straight year). The fried chicken sandwich extraordinaire has not rested on its laurels and have recently started offering meal kits to expand their culinary domination. But now Chick-fil-A is about to change the game because they are testing out ooey gooey mac and cheese.

Chick-fil-A actually has been quietly testing mac and cheese since July of 2017 and even experimented with a recipe that included cauliflower (Astute move to dump that vegetable nonsense and stick with the normal mac & cheese). But the tests have expanded into six very, very fortunate markets. All that cheesy goodness is available in Phoenix, Arizona; Greensboro, North Carolina; San Antonio, Texas; Nashville, Tennessee; Baltimore, Maryland; and Houston, Texas.

The scintillating side dish is made with macaroni noodles and a blend of cheddar, parmesan, and Romano cheeses. The reviews are in — people fucking love Chick-fil-A’s mac and cheese!

@ChickfilA Y’all really got something with this Mac and cheese pic.twitter.com/RooO9VDsD1

I drove to Baltimore: one of the markets where @ChickfilA is testing Mac & Cheese.

Everyone who doesn’t live near a full serve @ChickfilA is gonna flip when they try the mac and cheese. It’s soooooo good 🤤🤤🤤

Had the Mac & Cheese from @ChickfilA n it was the bomb 💣

If you gave this mac and cheese to me blindfolded, I wouldn’t guess fast food. Good job @ChickfilA pic.twitter.com/5ZHmwt7jDf

Totally drove from Charlottesville to Maryland to get @ChickfilA mac & cheese. I figured it would be good, but it is very good. pic.twitter.com/TGUgfOyLRd

The fate of Chick-fil-A mac and cheese is being held by these six cities, so don’t fucking blow it. If you live in these six lucky cities please keep stuffing your face with mac and cheese until you start suffering from bad cholesterol levels.