9 Things To Do In Austin Right Now 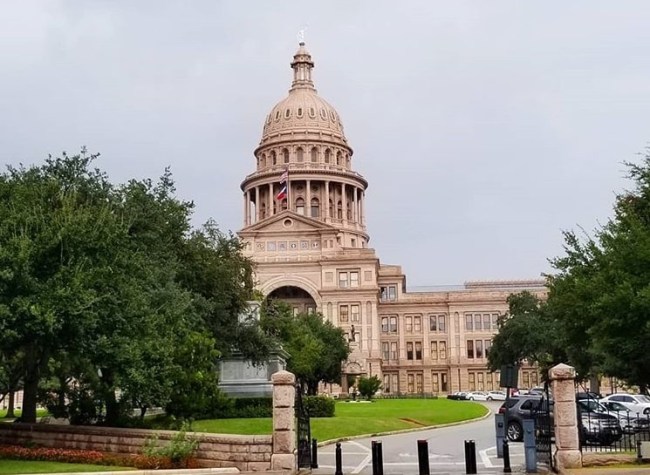 There are plenty of reasons why you need to go to Austin. There are huge events that draw hundreds of thousands to the Texas capital such as Austin City Limits Music Festival (ACL), SXSW, Waterloo Music Festival, Viva La Vida Festival, and Wurstfest, the #2 Oktoberfest in the country. But Austin is so exhilarating that you’ll want to visit ATX right now!

You go to Austin for barbecue of course. You start out by waiting for hours for Franklin Barbecue, which usually constitutes waiting in line at 7 am for a BBQ joint that opens at 11 am. There are also outstanding BBQ joints without a four-hour wait such as Terry Black’s BBQ (As seen above), La Barbecue, Stiles Switch, SLAB BBQ & Beer, Lamberts Downtown Barbecue, Micklethwait Craft Meats, Cooper’s Old Time Pit Bar-B-Que, The Original Black’s Barbecue, Rudy’s “Country Store” and Bar-B-Q, and Matthew McConaughey’s favorite barbecue joint The Salt Lick BBQ. All of which will bring you to blessed meat euphoria.

But Austin also offers a diverse culinary scene with Uchi, named by Bon Appétit magazine as one of “the best sushi restaurants in America.” Plus there’s Asian fusion smokehouse Loro from James Beard Award winners Chef Tyson Cole of Uchi and Aaron Franklin of Franklin Barbecue.

Austin boasts one of the greatest food truck circuits in the entire country with culinary flair from all over the world. Some of the best to gobble up is Brazilian food from Boteco, Sonoran-style hot dogs from T-Locs, Pervuvian fish from Ceviche7, Jewboy Burgers, Mediterranean cuisine from Abo Youssef, Vietnamese from Van’s Banh Mi, Hawaiian grub from The Big Kahuna, Moroccan from The Flying Carpet, and even New York City-style pizza at Little Deli & Pizzeria.

RELATED: 9 Reasons Why You Need To Go To Nashville Right Now

Besides the University of Texas that has a student population of over 50,000, there are five other four-year colleges 10 miles of Austin’s city limits. That means PLENTY of watering house to indulge in adult beverages. A 2015 study declared that ATX was America’s best neighborhood for a pub crawl and had the highest number of bars per capita. Austin has 88 bars, or one for every 67 people.

There are also several distilleries in the area if you want to partake in something a little stronger. You could get your drink on at the Deep Eddy Vodka Distillery & Tasting Room, Still Austin Whiskey Co., and the Desert Door Distillery in Driftwood, which is the first and only distillery in the U.S. to produce sotol, the cousin of tequila made from the Desert Spoon plant.

You’re going to want to make a special stop at The Little Longhorn Saloon because of three little words: “chicken sh*t bingo.” Yes, it is exactly what it sounds like. Get your bingo cards ready and hope the chicken takes a dump on your lucky number.

RELATED: 9 Reasons Why You Need To Go To Denver Right Now

Get your ass to Darrell K Royal–Texas Memorial Stadium to watch the Longhorns and scream your head off with 100,119 football fans (the seventh largest non-racing stadium in the world). The University of Texas at Austin plays in the Big 12 and you had better learn how to do your Hook’em Horns hand symbol before you get there.

Imagine a jade-colored natural pool with a 50-foot waterfall and a grotto. You’re not in Hawaii or Jamaica. You’re at Hamilton Pool, only 40 minutes from downtown Austin. This natural-formed masterpiece took over thousands of years of water erosion to create, but it was worth the wait because it is absolutely splendid.

The pool is privately owned and located on the 232-acre Balcones Canyonlands Preserve which is home to several endangered species of plants and animals. Reservations (Maximum eight people) cost $11 and admission at the preserve is $15 per car (Cash only) and from March until October you need to request reservations to get into the park, which you can do so HERE. Do so weeks in advance because reservations get snatched up fast.

RELATED: 9 Reasons Why You Need To Go To Charleston Right Now

Venture down to the Dirty Sixth for live music, cheap beer, handcrafted cocktails, yummy snacks, and drunkards. The Jackalope with the ginormous Helldorado cocktails and superb burgers, Midnight Cowboy for a quiet speakeasy vibe that you’ll need to get reservations in advance, Firehouse Lounge, Mugshots is a dive bar that offers cheap beers and a photobooth, The Roosevelt Room dazzles with extraordinary cocktails including the Cigar Box mezcal drink that is served literally smoking. If you want tequila head on over to the Iron Cactus because they have over 100 premium tequilas plus a rooftop patio. Casino El Camino is a kitschy bar with delectable Bloody Mary’s, burgers, and verde cheese fries. Easy Tiger is a German-inspired beer garden that also has a ton of sausages and baked goods. The Gatsby offers quality cocktails, live music and comedy.

Austin brags that they are “Live Music Capital of the World” (And we’re not about to argue with Texans despite Nashville probably deserving that prestigious title) and it goes down on Sixth Street. For enchanting live music you can check out the intimate The Parish, Maggie Mae’s has seven bars and three stages across multiple floors so you are sure to find something you enjoy, Pete’s Rock N’ Roll Dueling Piano Bar is lively, raucous good time.

You’re going to need to exercise some after eating all of the delicious food and drink in Austin. The Zilker Metropolitan Park has outdoor activities for everyone. The 351-acre recreational park offers athletic fields, open grass areas, trails for walking, running, and biking. Austin City Limits is also held at Zilker Park. Lady Bird Lake allows you to get out on the water where you can rent a kayak, canoe or paddleboard. The Barton Springs Pool is a 3-acre pool that has a maximum depth of 18 feet and is always 70 degrees as it is fed from a spring. There is also the Zilker Botanical Garden and art enthusiasts can check out the UMLAUF Sculpture Garden & Museum.

Throw a boat party for you and your friends on Lake Travis or Lake Austin. Sit back crack open a cold one and enjoy the smells and sights of being out on the water on a party cruise on Lake Austin or rent a pontoon or wakeboard boat. For the more adventurous traveler go parasailing, jet skiing, waterskiing, and tubing. You can also go on a fishing charter.

For all of the incredible food, drink, attractions, activities, and more available in Austin, you’re going to want to book a trip to ATX right now!