9 Things To Do In Denver Right Now 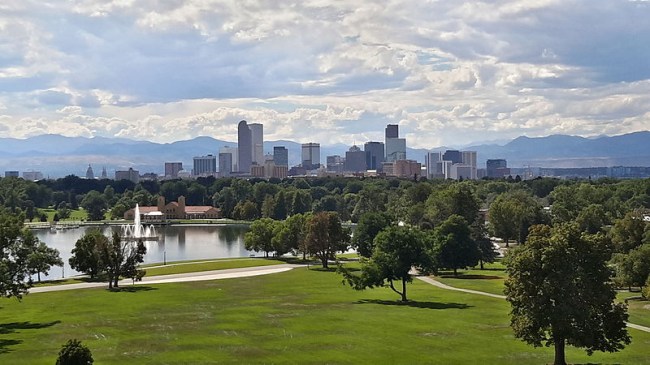 When you think of visiting Denver, one dank and skunky motivation probably stands out in your mind as the reason to visit the Mile-High City. However, there is so much more to the city of Denver that will blow your mind. Between the incredible food and beer scene to the geological wonders to the variety of sports teams to thrilling amusement parks, Denver literally has something for everyone. We compiled a list of the must-see attractions and things to do in Denver that punctuate why you need to go there right now!

About 15 miles outside of Denver sits Red Rocks Park, known for its breathtakingly beautiful red sandstone formations. You have 700 acres for hiking, mountain biking, and horseback riding. Hit the Trading Post Trail, a 1.4-mile path that is 6,280 feet above sea level that surrounds you with views of valleys, a natural meadow, and incredible rock formations that were formed around 290 million years ago. The park provides glorious views of the Rocky Mountains and other amazing geological wonders.

Go to Harley’s: A Hot Dog Revolution and get a hot dog with a variety of insane toppings such as brisket, fried pickles, pastrami, spaghetti, or guacamole. Get the grilled bistro filet at Chop Shop Casual Urban Eatery Colfax. Order the burnt ends and collard greens at Kitchen Table: BBQ & Comfort Food. Denver Biscuit Co. offers a delectable Ellsworth chicken and biscuit sandwich. Fruition Restaurant boasts a scrumptious bavette steak and bone-in pork chop. Against all logic, go to Denver and get grilled oysters from Angelo’s Tavern. Root Down offers fried chicken and goat cheese biscuits. Snooze An AM Eatery is the place to get breakfast in Denver. Order the mezcal bbq brisket and peppers five way at Work & Class. Guard and Grace features a wonderful dry-aged steak selection. Devour the Spanish Octopus a la Plancha at Mercantile. If you enjoy duck or lamb then head straight to James Beard Award-nominated Rioja. All you need to know about Sassafras American Eatery is that they offer cajun eggs benedicts and a flight of bloody Mary’s. Small plates and tapas aplenty such as Wagyu beef tartare and scallop tartare at Acorn. If you’re craving seafood then head to Jax Fish House. For pheneonal bao buns and other eclectic street food from around the world go to Linger, a hip rooftop spot that used to be a mortuary. You’ll definitely want to hit up the tiny bar hidden behind a bookshelf that is Williams & Graham for drinks since they were named the Best American Cocktain Bar, but they also serve a whimsical bone marrow dish that you can also do shots from (make reservations). 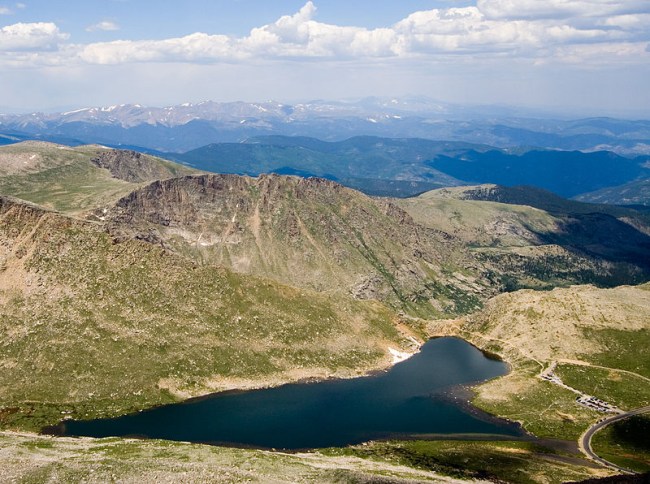 Photos do not do this picturesque scenery justice. You just need to go. You need to do a day trip to Mount Evans and experience the magnificent panorama that will recharge your soul. About 60 miles outside of Denver is the Mount Evans Scenic Byway, the highest paved road in North America. The breathtakingly beautiful views are absolutely worth the drive. Going in the summer is the perfect time because the Mount Evans Scenic Byway is generally closed any other time because of snow. But just because you go in the summer, that doesn’t mean you don’t need a jacket. You’ll drive through five climate zones and it gets chilly in a hurry. The air also gets thinner the higher you go. There are generally no guardrails on the roads so that means an uninterrupted (and terrifying) view of the mountainscape. You’ll never forget climbing 14 miles to the summit, which is 14,271-feet above sea level. Visit Echo Lake for a journey into the pristine and untainted wilderness. This alpine lake is the greatest painting you could ever imagine with mirror-like water surrounded by snow-capped mountaintops. Enjoy hiking the scenic backcountry and breathing in the fresh crisp air.

Right in downtown Denver is the Elitch Gardens Theme & Water Park. The amusement park originally opened way back in 1890, but has modern-day thrills like the 7-story-high Brain Drain, the looping Boomerang that speeds more than 50 mph, the Mind Eraser monster roller coaster, the Tower of Doom will gives you a bird’s eye view of Denver at 200-feet in the air before plunging back to Earth at 60 mph, and the 150-foot bungee drop XLR8R ride. There’s plenty of water rides at the water park of Elitch Gardens. Cool off at Water World, one of America’s largest water parks that has 67 acres of refreshing relaxation. There’s a crazy long Lazy River so you can chill. But there’s also plenty of thrill water rides to cool off and let loose.

When you think of Colorado beer you probably think of Coors and Blue Moon (which has a brewery at Coors Field), but there is so much more. Colorado has the second-most breweries in the U.S. with 347 breweries, only California had more. That means there are six breweries for every 100,000 residents, which is the top spot by far. In Denver there is no shortage of quality breweries you should definitely check out including Breckenridge Brewery, Great Divide Brewing Company, Epic Brewing Company, Crooked Stave, Jagged Mountain Craft Brewery, Trve Brewing Company, Denver Beer Co., Lowdown Brewery, Bull & Bush Brewery, Renegade Brewing Company, Dry Dock Brewing Company, and Mockery Brewing. If you time your trip just right you can go to the Great American Beer Festival (GABF), one of the premier beer festivals and competitions in the United States. This year’s event runs September 20th – 22nd, 2018, where 4,000 beers from over 700 breweries will attempt to win awards in 92 beer-style categories.

GO TO THE ZOO!

With a mission of conservation and education, the Denver Zoo provides visitors with a chance to observe exciting animals in natural environments. The Denver Zoo originally opened in 1896 and is the most popular paid attraction in Denver. The all-encompassing zoo features about 4,000 animals representing 600 species and costs $100,000 per day to run to provide excellent care for Denver Zoo’s animals. The zoo features all the animals you could imagine including bears, birds, tigers, lions, sea lions, polar bears, reptiles, penguins, hippos, black rhinos, hyenas, elephants, and gorillas.

Whatever your favorite sport is, Denver has it. The Mile-High City is home to the Colorado Avalanche, Colorado Buffaloes, Colorado Rapids Soccer, Colorado Rockies, Denver Broncos, and Denver Nuggets. There’s even lacrosse, rugby, and Australian rules football in Denver with the Colorado Mammoth, Denver Outlaws, Glendale Raptors, and Denver Bulldogs. Whether you head to Mile High, Coors Field, Pepsi Center, Dick’s Sporting Goods Park, or Folsom Field there is always a great game to catch no matter when you visit Denver.

The Great Sand Dunes National Park and Preserve aren’t technically IN Denver, but if you are in Denver, you should set aside a day to explore this whimsical area. What if someone dumped tons of desert dunes in the middle of the Rockies? That’s what this looks like. Ginormous sand dunes, some as high as 750 feet, sit in south-central Colorado surrounded by snow-capped mountain ranges. The sight looks so unreal your brain will have a difficult time processing this natural wonder. The majestic, yet bizarre dunes are said to be around 400,000-years-old and are the tallest dunes in North America. You can rent special boards to sand surf these mighty dunes. Regular skis, sleds, and snowboards won’t really work on the sand, so check out Kristi Mountain Sports, Sand Dunes Swimming Pool and Recreation, and Great Sand Dunes Oasis for sand sled rentals.

A post shared by Int'l Church of Cannabis (@elevationists)

If you are a cannabis enthusiast and your state doesn’t have legalized marijuana then this will probably be a big selling point for the city of Denver. You can check out the International Church of Cannabis with its vibrant technicolor walls and ceilings. Members of the International Church of Cannabis are known as Elevationists, who “use the sacred flower to reveal the best version of self, discover a creative voice and enrich their community with the fruits of that creativity.” From Monday through Friday from 1-3pm, and Saturday & Sunday from 12-6pm the church is open to the public and this means that you may not smoke weed inside. You can arrange for a private tour and even have a marijuana wedding there. They don’t call it the “mile-high city” for nothing.

RELATED: 9 Reasons Why You Need To Go To Nashville Right Now