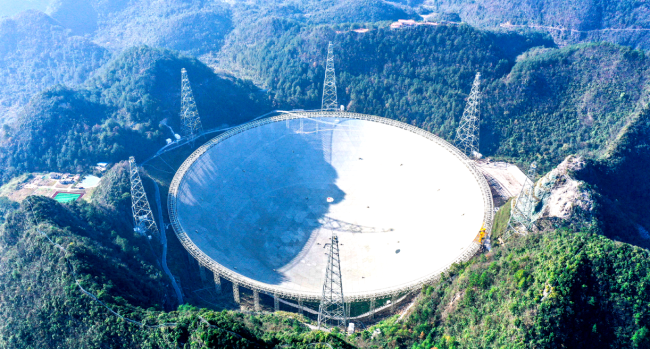 China’s science ministry recently claimed that it had detected signals from possible alien civilizations. Until they didn’t.

A report published in the Chinese state-backed Science and Technology Daily stated that the China Extraterrestrial Civilization Research Group at Beijing Normal University had discovered “several cases of possible technological traces and extraterrestrial civilizations from outside the Earth.”

The report has since been deleted.

In the report, Chinese scientists said they found this possible evidence of extraterrestrial intelligence using the Five-hundred-meter Aperture Spherical Telescope (FAST) – the world’s largest filled-aperture radio telescope, boasting a dish diameter of 1,640 feet. It was discovered in observation data about exoplanet targets.

Why was the Chinese report about signals from possible alien civilizations deleted?

One of the main objectives of the “Sky Eye” telescope, as it is also called informally, is to detect interstellar communication signals (i.e. search for extraterrestrial intelligence), according to its website.

Zhang Tonjie, chief scientist and China’s “top alien hunter,” said about the recent discovery, “The possibility that the suspicious signal is some kind of radio interference is also very high, and it needs to be further confirmed and ruled out. This may be a long process.”

This is the third time on record that the FAST has detected “suspicious” signals from space. The first two occured in 2019 and were discovered while processing that data in 2020.

Why the report about this latest discovery was deleted has yet to be explained.