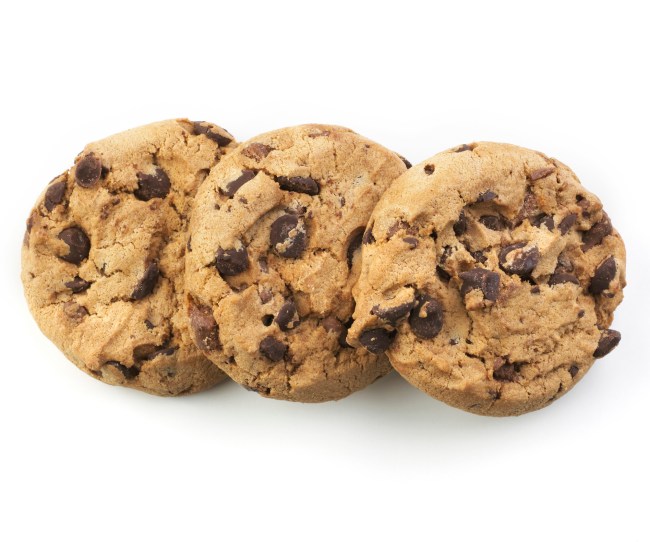 You look up at the clock ticking over the water cooler and see that it’s 2pm. Of course, it is. The goddang junk monkey always seems to rear its ugly head in the early afternoon. Oh yeah, you know the feeling all too well. First, the irritability sets in, perhaps causing you to scream obscenities at your co-workers as if you were a foster kid with a black-eye and a wicked case of Tourette’s syndrome. Then comes the shakes, and it becomes difficult to maintain your composure around the office. It is readily apparent, judging by the wild look in your eyes and all the twitching, that if you do not get a fix, and pretty fucking soon, all hell is going to break loose – and we’re talking big time.

So, you sneak into the break room and try to score. All you need is a tiny taste. It doesn’t even have to be that homespun shit, either. You would be more than happy with the yum-yum that’s manufactured in a hollow tree somewhere by elves. What, did you think we were talking about drugs? Hell no, man, this is so much worse. These are the times when those fiendish sugar cravings kick in, prompting us to stop at nothing to get our hands on a fat stack of chocolate chip cookies.

Hey, we’ve all been there. There is no shame whatsoever in possessing a slobbering affinity for those tasty confections embedded with chunks of chocolate throughout. And if there is, by God, there should be a campaign started to eliminate that prejudice from the face of the earth. We shall call it the #sweettooth movement. Or Snack Lives Matter! You get the gist of it. Nevertheless, you will be pleased to learn that, according to science, it makes perfect sense that some of us get all discombobulated and panicky when we cannot track down a cookie, a brownie or some kind of cake.

Calling Pablo EsKeebler! It seems that the treats that have been such a massive part of our world since childhood are just as addictive as hard drugs like cocaine. We know, it seems unlikely that wanting a cookie comes from the same place as a desire to do another line of coke. But hey, what do we know? On the bright side, just be glad there is a legal market for these little sugary boogers, or else we might be out there, at any given time, fully prepared to join a man in a good old fashioned Utah Standoff out behind a bakery someplace for a sliver of double chunk.

Now, for the science.

Researchers at the University of Bordeaux in France have determined that all the combined ingredients that make chocolate chip cookies one of the best goddamn creations the planet has ever seen unleashes the same addictive response in our brains as cocaine. So, if you’ve ever thought about snorting a line of cookie dust, it turns out that you were onto something relatively big.

“Available evidence in humans shows that sugar and sweetness can induce reward and craving that are comparable in magnitude to those induced by addictive drugs,” the study reads. “Although this evidence is limited by the inherent difficulty of comparing different types of rewards and psychological experiences in humans, it is nevertheless supported by recent experimental research on sugar and sweet reward in laboratory rats. Overall, this research has revealed that sugar and sweet reward can not only substitute to addictive drugs, like cocaine, but can even be more rewarding and attractive.”

This is apparently the main reason why some people cannot just consume a single cookie and walk away. At least not without grabbing three or four more for the road. Moderation of these sugary goodies just doesn’t resonate in that part of our brains that spawns control. No sir, they appear to tickle receptors that inspire excess and debauchery instead. Sheeeiiiit! If we’re honest, this is right up our alley. And by alley, we mean our nose. Just toss in a dingy motel room with free HBO, some questionable sex with a stranger and maybe a glass of milk, and it sounds like a fucking party to us!

But our cookie habits can go dark and fast. Evidently, there are some real depraved junk food junkies out there who like to add salt to their cookies to punch up the senses. It’s sort of a confectionary speedball in some respect that researchers claim will molest the reward center of our brains even more and set us on course for desperate, but delicious times. All we have to say is, be careful out there when mixing that salty and sweet. Jesus, if there is a fast-track to the land of diabetes, brother, that is it. And this nasty disease kills more people in the United States every year (1.5 million) than cocaine. Others just end up with horrors like amputated feet. So, there’s that.

But don’t beat yourself up too much just because you’re the type of person who likes to get down with a pile of cookies on occasion. You’re only flesh and blood, and there is just enough of the devil resting on all of our shoulders to keep us from doing the right thing at all times. Just keep telling yourself that if a cookie jones is as bad as it gets, you’re really pretty stable amidst a universe packed to the gills with crackheads and meth-mouthed lunatics. Keep in close contact with your dentist, get yourself a little exercise from time to time and everything should work out fine.