What Does It Take To Become An Agent For The CIA? 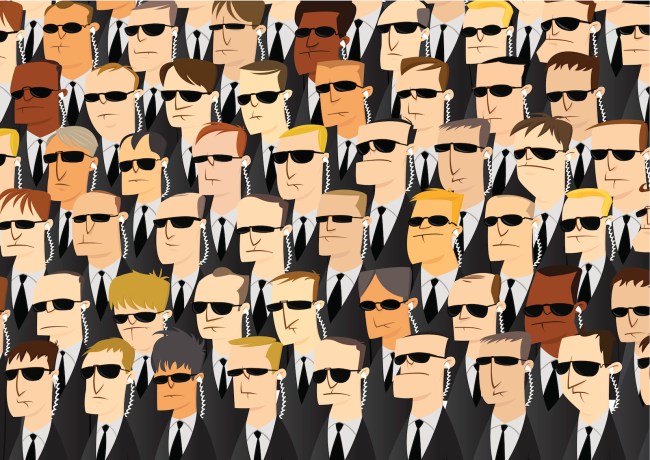 Perhaps it was all of those James Bond movies that our dads made us watch when we were younger, but there comes a time in almost every man’s life when he dreams about becoming a spy.

What could be cooler than that, right?

Despite the fact that there might be times when highly-trained assassins are trying to whoop that ass into oblivion, there’s also a good chance that you’d get to drive around in expensive, fast-as-fuck sports cars, sleep with a veritable shit-ton of women and maybe, if you’re lucky, live long enough to cash in on a government pension.

At least that’s how they portray it in the movies, which as we have come to understand really isn’t all that realistic when it comes to being an actual spook.

Or so they want us to believe.

We’ve also learned that you can’t trust anything the U.S. government or any of its cronies, present or former, says about the way shit really is about a career in espionage.

So this got us thinking, what does it really take to join the Central Intelligence Agency (CIA) and become an American spy?

The first thing a person interested in a career as an undercover agent needs to remember is that this isn’t the same kind of deal as other professions.

The CIA is adamant about maintaining secrecy throughout the entire application process, and it doesn’t want any prospective candidates to so much as utter a word to their families and friends that they have an interest in working for the intelligence community.

Lack of candor is the number one reason applicants are often disqualified from the recruitment pool. So mum’s the word right out of the gate, even before taking the first step to applying.

There are some basic qualifications needed before beginning the application process. U.S. citizenship and a bachelor’s degree (it can be in almost anything) with a grade point average of at least 3.0 are a couple of top requirements.

The CIA also demands that an applicant be proficient in a foreign language, have an interest in international affairs, possess persuasive writing and verbal communication skills, not to mention have the ability to solve problems on the fly.

So it goes without saying that people with higher IQs are going to make it further with the CIA than just the average guy off the street.

Anyone who meets these criteria can then move forward with the application process. But there are a few things you should know before putting your hat in the ring.

First of all, as soon as you express an interest in working for the CIA, you are consenting to a full background check by the federal government.

They want to know everything about you, and they are going to find it all out, like it or not.

The agency is going to dig as far down into your personal history as needed to prove whether you are even close to agent material.

A person who gets nervous waiting to see if they’ve been approved for an apartment or a credit card is probably not going to be right for the job.

Those bastards are going to find out if you ever sniffed your mother’s panties, watched your sister get undressed or tried to suck yourself off when no one else was home.

It could get ugly.

Secondly, if you are living outside of the U.S. when you decide to file an application, the agency demands that those communications not be submitted online.

This is because, if you actually go the distance in this grueling process of becoming a CIA agent, internet transmissions could put you at risk in any overseas operations that come your way.

Then again, the agency doesn’t want to see any letters, emails and they sure as shit don’t want any phone calls. One of the main rules in any intelligence service is to never write anything down.

That’s the kind of shit that could eventually get a person killed. With that in mind, it’s probably a good idea to wait until you are back in the country before applying.

The CIA also has some rather strict policies regarding drug use. This is the second most common reason that a would-be spy is counted out. A candidate must be drug-free for at least 12 months before submitting an application.

And yes, that includes marijuana – even if you’ve only used the “legal” kind.

“Regardless of whether an individual is located in a state that has legalized marijuana or in a foreign country where local laws allow it, and regardless of whether the Department of Justice enforces applicable federal criminal prohibitions in those jurisdictions, any use of marijuana may adversely impact that individuals eligibility for a security clearance,” the CIA website reads.

Only people with strong personal integrity are going to be considered for a position within the agency.

Prospective spies, considering that they even make it past the initial online application, will have to endure and pass extensive background investigations, polygraphs, medical testing and other examinations that could reveal some somewhat controversial aspects of their past.

The best way to survive this round is to live a clean life from an early age, giving the CIA no dirt to shovel once it starts digging.

And let’s face it, most of us have at least one dirty, little secret that we’d rather no one ever find out about.

In the case of the CIA, especially when trying to recruit an agent, you’d better believe the darkness will be found.

If the discovery is bad enough or not at all representative of a quality that the CIA believes it can exploit to further its agenda, you’re out.

Other than that, however, the agency simply expects applicants to respond to them promptly and be punctual for appointments.

But if any of these requirements sound as though they could prove challenging at this point in your life, the CIA advises holding off on your application.

“Potential applicants are strongly advised therefore to not begin the application process until the timing is right, be it from the standpoint of past conduct that requires further time and space to mitigate, or on account of current personal or professional responsibilities that could interfere with the hiring process,” the agency said.

But be careful what you wish for. If you happen to make it through the application process and become a CIA agent, your life will change forever.

Everything you do from here on out will be done under a shroud of super secrecy. It’s going to be hard to maintain any kind of relationship – girlfriends are going to be tougher to keep — and you’ll never be able to tell your family and friends what you “really” do for a living.

To that end, no one else will be able to know either the full extent of your business with the CIA. Not even internally.

Chances are you will have a single point of contact who supervises your involvement in government operations, and that’s going to be your God and savior.

Beyond that, all the job really is, according to some former agents, is data collection and analyses.

They say if you’re getting into high-speed car chases or having to fight your way out of a foreign embassy using all the MacGyver tactics you learn in training, you’ve really screwed the pooch.