CNN Anchor Chris Cuomo Goes Ballistic On A Dude Who Called Him ‘Fredo’ In Public, Threatens To Throw Him Down The Stairs 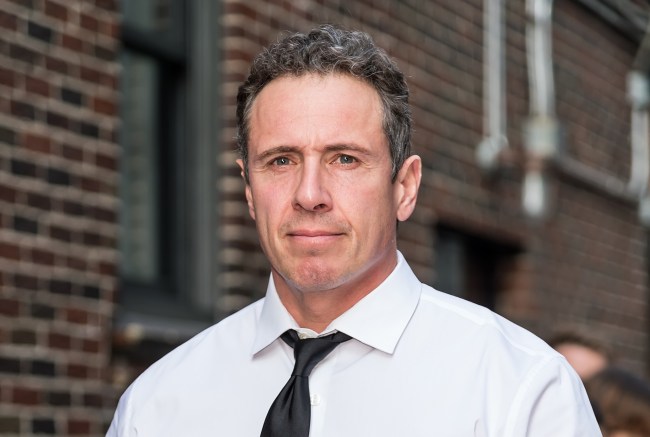 You may not recognize CNN anchor Chris Cuomo not wearing a perfectly tailored Brooks Brothers suit, but when the hair gel is washed out and the studio cameras aren’t rolling, the 49-year-old is nothing to be messed with.

In a video that’s going mega-viral, the Yale-educated television journalist is set off by a commoner, who got Cuomo’s attention by calling him Fredo, al la Fredo Corleone–the younger, weaker, less intelligent, less influential Corleone brother in The Godfather.

The video was posted to the Twitter page of conservative media personality Brandon Straka, who added some context:

On 8/11/19 in Shelter Island, NY. My source that sent this in says he was just asking for a photo and thought his name was Fredo from being an avid listener of @RushLimbaughEIB

“No, punk-ass b—-es from the right call me ‘Fredo.’ My name is Chris Cuomo. I’m an anchor on CNN,” a heated Cuomo responded. “‘Fredo’ was from ‘The Godfather.’ He was a weak brother and they use that as an Italian slur — are any of you Italian?… It’s a f—ing insult to your people. It’s an insult to your f–kin’ people. It’s like the n-word for us. Is that a cool f—ing thing?”

Every fiber of my being yearned for Cuomo to put this douchebag in a blender (although I did laugh at the “you’re a much more reasonable guy in person than you are on television” line. Credit due).

It takes a giant douche canoe for Sean Hannity to take sides with his enemy over at CNN, but here we are.

I say good for @ChrisCuomo

He’s out with his 9 year old daughter, and his wife, and this guy is being a jackass in front of his family.

Imho Chris Cuomo has zero to apologize for. He deserves the apology. https://t.co/VnyMNgz14U

There are some who think this is a smear on Cuomo’s image/thought the confrontation was warranted.

Chris Cuomo…more hate and vulgarity out of your potty mouth in 5 minutes than the last 3 years from Trump. This is the true you, Fredo. pic.twitter.com/jlvgcz9i5l

Chris Cuomo just ensured that 'Fredo' is his nickname for life.

Can we all, just for a second, marvel at what an iconic character John Cazale created. He nailed Chris Cuomo. pic.twitter.com/tmJBtOb9yG

And those who think Cuomo should have fucked up this dude’s face.

Listen, I have no idea what qualifies as a slur, so I’m not going to weigh in there.

But if an asshole punk comes up to you and tries to provoke you, when you’re with your family, while recording the whole thing, I say fuck him up.

No surprise that Trumpers are rejoicing over the use of an anti-Italian slur against Chris Cuomo by calling him "Fredo" -a mobster. These are same people who rejoiced over Trump demeaning blacks, Latinos, women, a disabled reporter and Muslims. #NowTheyComeForTheItalians

Fredo is definitely not equivalent to the N-word as #Cuomo has claimed. But it is a pejorative with an ethic connotations and I have zero issue with him defending himself in the way he did.

Heckling a public figure and secretly recording their reaction is a punk move. Conservatives applauding it in this case are hypocrites. Good for Cuomo, treating the guy exactly as he deserved to be treated.

A country divided. And around and around we go.