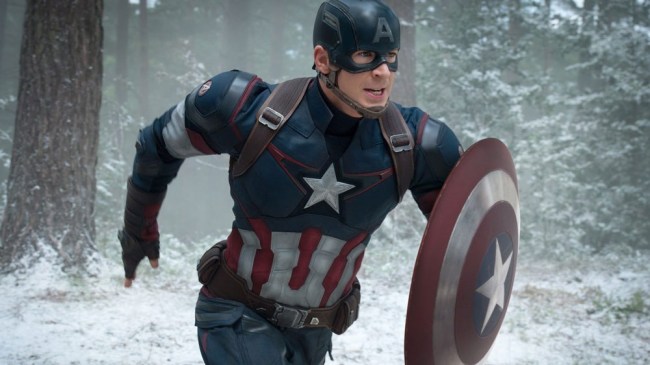 It sounds as if Chris Evans is ready to hang up his red, white, and blue shield for good. Avengers 4 arrive in theaters until May 3, 2019, but Evans is putting it out there that the upcoming Marvel Cinematic Universe movie that is more than a year away might be his last playing Captain America.

“You want to get off the train before they push you off,” Evans said in an interview with the New York Times. “Everyone says to me it’s like a glove that fits so well. I have to start over every time, but I am starting over with a pretty solid base. I just never want to blow it for the last six or seven [MCU movies] I have done by dropping the ball because I decided to go do it one more time. I just want to hang up my jersey before it’s embarrassing.”

Evans has played the patriotic Marvel superhero since 2011’s Captain America: The First Avenger, but Evans has hinted that he will retire from the comic book role after his contract with Marvel expires in Avengers 4. Evans will film reshoots in the fall, but that might be his last as Captain America.

So if Captain America dies in Avengers 4, what Marvel character could replace him? The odds-on-favorite is Bucky Barnes. Actor Sebastian Stan, who plays Bucky Barnes, has a nine-film deal with Marvel and has only been credited in four of them thus far including the unreleased Avengers 4 and Avengers: Infinity War. Other MCU characters that could attempt to replace Captain America are Falcon AKA Sam Wilson played by Anthony Mackie and Elijah Bradley AKA Patriot. We will find out soon enough. Avengers: Infinity War smashes into theaters on April 27.