Chris Hemsworth And Scarlett Johansson Really, Really Suck At Trying To Insult Each Other 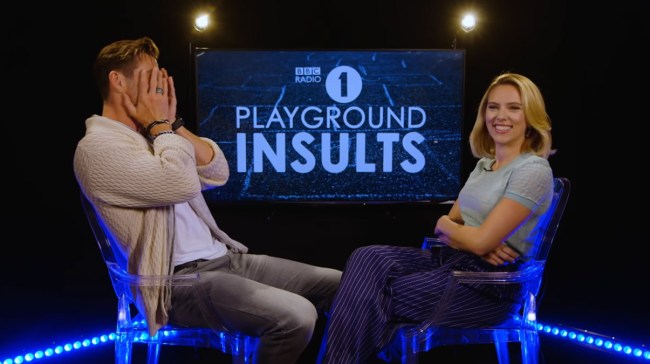 So how much money do you think Avengers: Endgame will end up making when all is said and done? Enough to restore Notre Dame Cathedral two times over? Three times? Four times?

Based on the movie’s opening weekend numbers nothing seems to be out of the question. After all, Avengers: Endgame did already rake in $1.2 BILLION in just its first five days!

The movie is also scoring big with fans and critics, getting nearly perfect scores from both, so obviously most people are having a hard time finding any faults with the movie.

So I guess it only makes sense that when tasked with trying to insult each other on BBC Radio 1’s “Playground Insults” Chris Hemsworth and Scarlett Johansson were really, really bad at it.

After all, what’s not to like about these two people?

“It’s the biggest movie of the year,” said one of the hosts. “So let’s make this the biggest ‘Playground Insults’ we’ve ever done.”

Sadly, unlike Avengers: Endgame, this episode of “Playground Insults” did not live up to the hype.

However, watching these two perfect human specimens trying to find something to insult the other about did end up being entertaining, just in a different way than was planned. 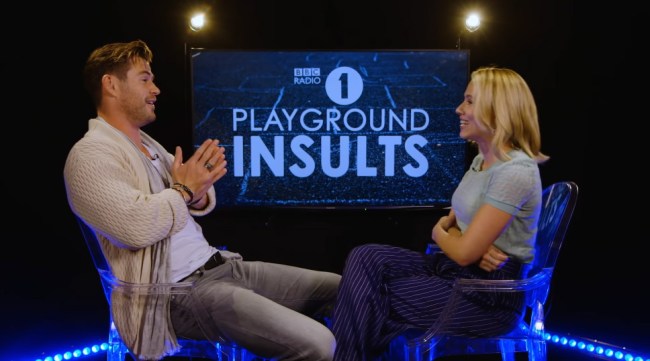 It started out well enough with Johansson telling Hemsworth that he has “a growing collection of grandma caridgans and I’ve been meaning to talk to you about it.”

Then Hemsworth calls her dumb and she calls him mean and he was completely off his game, which, as we have seen, is usually pretty good, the rest of the way.

They really should have had Hemsworth doing this with someone like Jeremy Renner or Chris Evans – someone he could rip with wreckless abandon and not feel like a total douche.

“Are we the worst players?” Hemsworth asks at the end.

For proof that they were the worst, all you need to do is watch these previous “Playground Insults” videos that will make your stomach hurt from laughing.