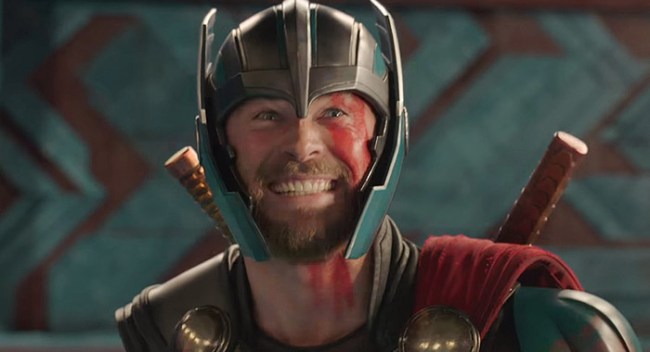 Recently, Chris Hemsworth stated, pretty clearly I might add, that despite his contract with Marvel being up after the fourth Avengers film, he wants to still keep playing Thor. Who, by the way, was almost played by his brother Liam, but that’s a whole other story.

So while fans of the Marvel Cinematic Universe wait to see what happens with Hemsworth, Robert Downey Jr., Chris Evans, Scarlett Johansson, Mark Ruffalo and Jeremy Renner, all of which will see their contracts end following Avengers 4, we know that at least one (maybe two if the Black Widow rumors hold up) of them still want to keep the ball rolling.

Speaking to IGN, Hemsworth says he is definitely down keep playing the powerful Asgardian.

“I’ve just, literally two days ago, finished Avengers 4 and that’s my contract — my preexisting contract is done now, so it’s kind of like, ‘wow, that’s it,'” Hemsworth reflected. “Two or three films ago I was like, ‘okay, a couple more.’ I was enjoying it but I was like… I felt a little restricted. And after this last experience with Taika, and actually these last two Avengers, I feel like we’ve reinvented the character a number of times — even in these next two, he evolves again, and you don’t get that opportunity often in a franchise. So I definitely feel a renewed sense of excitement and enthusiasm, and more so than ever, I think.”

As anyone who saw Thor: Ragnarok knows, Hemsworth is right. It feels like they’ve really got something new and fresh going with his branch of the Marvel Cinematic Universe.

“If I had the opportunity to do it again, I think I’d love to,” he told IGN. “I also think there’s an appetite for it now, or there’s a far greater range of possibilities of where he can go now, what he can do, just because we’ve kind of broken the mold a bit.”

That is most all very apparent in the just-released gag reel for Thor: Ragnarok, which comes out on Blu-ray on March 6th and in digital form on February 20th.

In addition to that, the Blu-ray will also contain several other bonus features like the return of Thor’s roommate Darryl, some deleted/extended scenes, a feature on Hela and Valkyrie, and something called “Marvel Studios: The First Ten Years – The Evolution of Heroes” where they will “examine the Cinematic Universe as a whole and revisit each of our heroes’ current location and their place in the current MCU timeline.”

Sounds good. Now someone get this man a new contract!