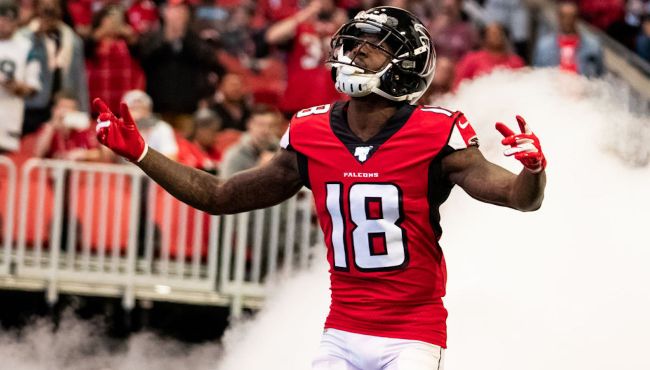 The NFL’s decision to suspend Atlanta Falcons wide receiver Calvin Ridley for the 2022 season due to alleged gambling on NFL games has sent shockwaves through the football community as fans and analysts alike debate whether the severity of the punishment is warranted.

One of the loudest voices in the business, Chris “Mad Dog” Russo, used his Monday show to tear into the NFL and commissioner Roger Goodell for their decision, highlighting the fact that the NFL is deeply embedded with the gambling industry these days.

“It’s very hypocritical. You want to make him an example? Alright, fair. But you go out there and you give him a two, or a four, or whatever it might be game suspension — not for the year. That’s a little rough. The NFL is in bed with the gambling industry. Anything to make more money, it’s all they care about. Anything to make an extra buck. They got [Steve] Mariucci doing commercials for crying out loud:’Don’t bet more than you can.’ He works for NFL Network! Yet Ridley gets thrown out of the league for a year. Come on, Rog. Don’t be a phony,” Russo said on the Monday episode of this radio show.

Russo then highlighted the fact that there are likely NFL executives who place money on “boxes” during the Super Bowl:

“At least acknowledge the fact, ‘Ya know what, it’s hard for us to throw Ridley out for a year when we make a fortune with gambling places.’ That’s a little rough, you’ve got to be fair. And if you think that Roger doesn’t put a couple of bucks down once in a while, think again. Why don’t we eliminate all the boxes at the Super Bowl? Everybody plays one of those dopy boxes — that’s gambling. It’s a game of chance, that’s gambling,” Russo argued.

The former first-round pick responded to the suspension of Twitter, saying that while he knows he was wrong, he believes that a one-year suspension is too harsh. Ridley also said that he’ll use the time off to come back healthier.

Just gone be more healthy when I come back

Ridley is able to appeal the suspension if he chooses. At this time, it is unclear whether the 27-year-old wideout has done so.