Internet Reacts To Chris Pratt Being Tapped To Voice Garfield, Yet Another Iconic Italian Character (Sort Of) 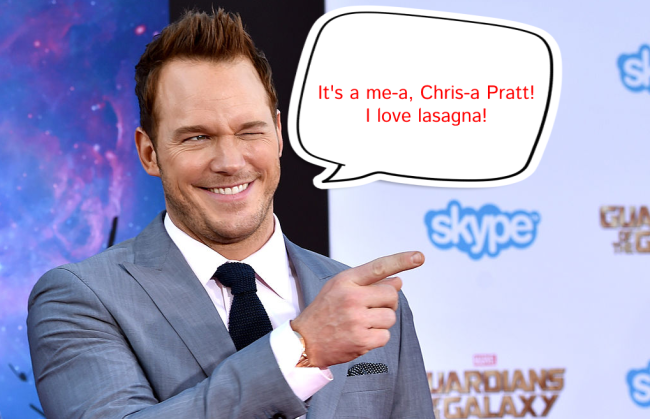 Just a few weeks after it was announced that Pratt would be voicing Mario in an upcoming animated film based on the iconic Nintendo character, reports indicate that Pratt will also be voicing Garfield in a separate animated movie (that said, I’d pay to see a Mario/Garfield crossover right now).

Andrew Kosove and Broderick Johnson’s Alcon Entertainment is behind the new Garfield, which has been picked up for worldwide (excluding China) release by Sony Pictures. The script, written by Oscar nominee David Reynolds (Finding Nemo), is being directed by Mark Dindal (Chicken Little), with the duo having previously worked together on Disney’s The Emperor’s New Groove. [via The Hollywood Reporter]

Something about Pratt voicing these Italian characters (okay, Garfield isn’t technically Italian, but his love of lasagna makes him an honorary member of the culture) seems to strike a chord with the internet’s funny bone, though, as reactions to the news have been almost identical to when it was announced he’d be voicing Mario.

So you mean to tell me these are all Chris Pratt pic.twitter.com/fx3eD2TCIL

chris pratt is erasing every animated italian. first mario, now garfield, who's next?? has this man ever eaten a lasagna

There are other actors https://t.co/Mk1TFXY6WU

Chris Pratt to play Jacksepticeye in all upcoming uploads. When asked about the role Pratt had this to say:
"Well I'm gonna have a hard time fitting all those beans up my ass but I'm up for the challenge"

why chris pratt in every animated movie make it stop https://t.co/THyXqlGZa1

he has definitely seen a producer hit a kid with a car or something https://t.co/xVasyxgbXT

executive who can’t remember Nick Offerman’s name: get me the guy from Parks & Recreation
other executive: okay! https://t.co/1rBTQ5xj9j

he can’t keep getting away with this https://t.co/3qtad15j6S

Personally, I think Pratt’s recent commitment to animated projects is quite brilliant: they require significantly less work than being an action hero but can also be just as financially successful if the franchise succeeds. Just look at the Hotel Transylvania series that Adam Sandler has been crushing for close to a decade: the FOURTH of those movies is set to come out next year. If done right, a successful animated franchise can rack in millions of dollars a year for its stars, so shout out to Pratt — now 42-years-old — for loading up on the potentially financially beneficial, low-effort roles. Get that bag.