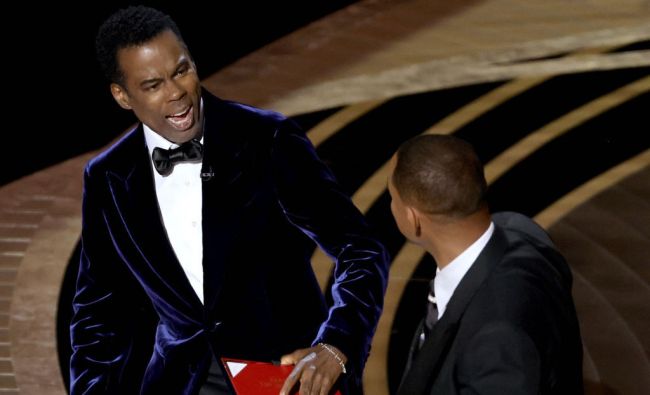 Standup comedian Chris Rock has made his first public statement after Will Smith slapped him in the face on stage at the Oscars.

Smith, who would go on to take home the prize for Best Actor for his performance as Richard Williams in King Richard, abruptly walked on stage and took a swing at Rock after he made a joke about his wife Jada Pinkett Smith. Rock had made a joke about Jada Pinkett’s hair, which is shaved due to the fact that she has alopecia.

Despite technically assaulting Rock — who decided not to press charges — Smith went on to win Best Actor and said in his acceptance speech that “love makes you do crazy things.”

Appearing at a show in Boston, Rock addressed the incident for the first time, according to Variety.

“How was your weekend?” Rock began, reportedly drawing a “wave” of laughter. “I don’t have a bunch of shit about what happened, so if you came to hear that, I have a whole show I wrote before this weekend. I’m still kind of processing what happened. So, at some point I’ll talk about that shit. And it will be serious and funny.”

On Monday night, not even 24 hours after the Oscars ceremony, Smith, 53, posted a public apology to Rock, the Academy, the attendees, the Williams family, and the team behind King Williams on Instagram.

“I was out of line and I was wrong. I am embarrassed and my actions were not indicative of the man I want to be,” Smith’s apology says in part before he closes by saying “I am a work in progress.”