Chrissy Teigen Posts Topless Pic Of Herself With 2-Year-Old Son, Makes People On The Internet Angry 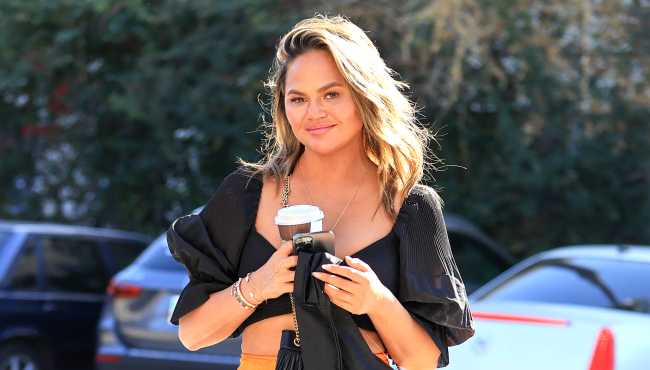 Former Sports Illustrated swimsuit model Chrissy Teigen, considered by many to be the queen of Twitter, has been having a rough few months on social media.

In January, Teigen was ripped for what some perceived as her privileged life after tweeting, “My therapist says I need something that I do for just me, as I have absolutely nothing currently lol. Today begins my journey into the horse world.”

being rich is crazy. when my therapist suggested i get a hobby i bought a crochet hook https://t.co/UFxpwtBocb

In February, Teigen was roasted for being “unrelatable” and “tone-deaf” for tweeting about how she accidentally bought a $13,000 bottle of wine.

Now, in March, Teigen is once again in the crosshairs of people who live to complain after posting a photo of herself topless with her 2-year-old son, and mini-John Legend, Miles on Instagram.

“Please move, mommy is trying to be thirsty,” Teigen captioned the photo.

“Wtf … Am I the only one cringing,” wrote another person who, as of this writing, has received over 2,300 of likes for their comment.

“The situation isn’t inappropriate, photographing and posting it is the inappropriate part!” commented another.

“How much attention does this girl need?”

“Smh. It’s one thing for your child to accidentally run into the room while you are changing but to pose and post for the world to see is ridiculous. I swear they don’t try to hide it anymore.”

“Ok. I love you Chrissy…but theres gotta be some better boundaries…especially in what’s appropriate and what isnt. Common….I’d like to believe you’re better than this.”

The vast majority of the commenters, however, were pretty positive and appear to mostly have been left by moms who have found themselves in a similar, slightly less glamorous, situation with their kids.

“Wait til [they] find out we take baths together.”