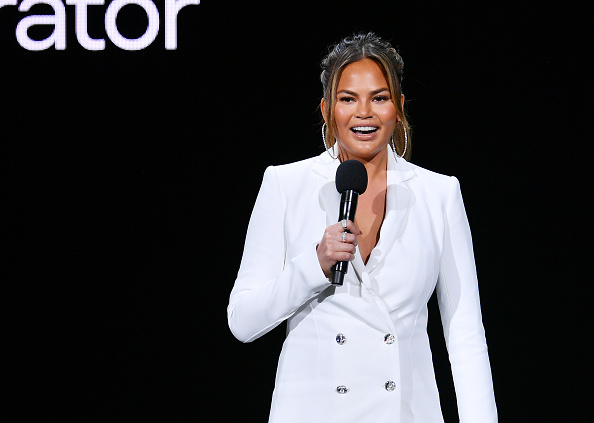 What you’re about to read is a waste of your time.

No public apology has ever “worked,” at least not in the sense of changing someone’s mind. It’s just a customary gesture that only hardens the beliefs of opposing factions who have no right to care to begin with, with one side praising the public figure’s courage and self-reflection while the other side tweets at her to die in a house fire.

Historically, Chrissy Teigen was what every celebrity aspires to be from a public relations standpoint. Chrissy is the proverbial prom queen who sat at Stephen Glansburg’s lunch table. Clever, self-aware, connected with the zeitgeist, performatively vulnerable.

On May 11, that all changed when reality TV star Courtney Stodden revealed that in 2011, Teigen consistently tweeted at her in an online bullying campaign that would make the O’Doyle family call mercy.

“She wouldn’t just publicly tweet about wanting me to take ‘a dirt nap’ but would privately DM me and tell me to kill myself,” Stodden told The Daily Beast. “Things like, ‘I can’t wait for you to die.’

The culture sees one public apology a week at this point. It’s basically a curriculum. So let’s treat it like one.

PHASE I: THE HIATUS

Throw your phone in the shark tank in your foyer. I don’t care if you’re in a hospital bed before going under the knife to donate a kidney to Greta Thunberg, social media is strictly prohibited. Dining out is no longer an option. Sponsorship deals halted indefinitely.

Go upstairs to your walk-in closet with a mega-roll of toilet paper until another Ellen allegation takes the heat off. Welcome to Waco.

Before the allegations, Teigen was posting an average of nearly three Instagram photos per day. Prior to her apology on Monday, she hadn’t posted in 4.5 weeks: Phase II Unlocked.

PHASE II: EXPRESS COMMITMENT TO ‘DO THE WORK’

An apology without community service is like Nickelback without Kroeger. The apology is a mere prerequisite for what people really want: to revel in your continued suffering.

“I”m in the process of privately reaching out to the people I’ve insulted,” Chrissy wrote.

What is the “process” of reaching out to someone, exactly? There is reaching out and not reaching out. Literally zero other steps in between. But the “process” sounds like work, and there are few things America loves more than seeing its celebrities shovel shit. Phase III Unlocked.

“When I first started using social media, I had so much fun with it. I made jokes, random observations. Think of all the engineers, working day and night to develop this amazing new platform and technology, connecting people all over the world to learn, create, and kind kindred spirits. And I used it to snark at celebrities.”

THINK OF THOSE POOR TWITTER ENGINEERS WHO WORKED TIRELESSLY TO CREATE AN ALGORITHM SPECIFICALLY DESIGNED TO MAKE US ANGRY. THINK ABOUT THE ENGINEERS!

I swear if Chrissy ended her apology letter by saying “Think of all the engineers, working day and night to develop this amazing new platform and technology, that’s why I partnered with Twitter to unveil my new line of cheeky bikini bottoms. Link in bio!” I would have bought all the bottoms and stan’d her forever. Phase IV Unlocked.

After beating the bag out of themselves for six paragraphs, the public figure is allowed one (1) humblebrag, ideally through the eyes of someone else to avoid potential hubris issues.

“More than once, someone would come up to me and say, ‘You’re so much nicer in person.'”

Also a good line to use if you’re trying to break it off with your Bumble date.

Celebrities are weird in that they’re too proud to admit they use cocaine, but no issue admitting their problems are the ones in need of a licensed professional.

What is the co-pay on all these therapy sessions? Keep in mind my doctor had to draw blood at my last physical and I had to sell my mom’s wedding ring to cover the deductible. I’ve spent 30+ years suppressing my emotions without a therapist, I can go at least another 10. Phase VI Unlocked.

PHASE VI: ARM YOURSELF WITH CHILDREN

Humanize yourself by acknowledging you’re not too vain to nurture another human being.

“John tells me almost every day how much our daughter Luna reminds me of him. Every day, I try to make sure she’s all the best parts of me, all the things that I aspire to be all the time, but fail at sometimes.”

The introduction of children dims the anger and reminds people, even for just a brief moment, that no one really cares anyway.

Chrissy has engaged in all six phases of the Public Apology mandate and I have no reason to believe that she’s going to implore someone to murder themselves again. We are all more than our worst moments. Welcome back to this digital hellhole, Chrissy. Hold on tight.