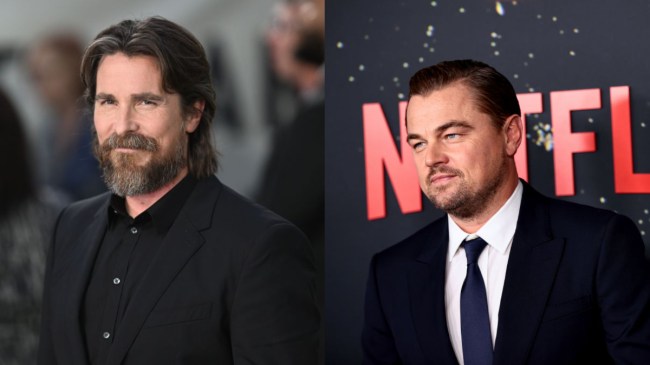 While Christian Bale has long been known as a quite reserved and mysterious character outside of his on-screen career, the 47-year-old A-lister recently sat down for an in-depth interview with GQ due to the fact that he has three films released in 2022: Thor: Love and Thunder, Amsterdam, and The Pale Blue Eye.

During the wide-ranging conversation, the refreshingly blunt Bale said that the reality of Hollywood is that every actor virtually owes their career to Leonardo DiCaprio, as they’re only getting roles that he likely passed on.

“To this day, any role that anybody gets, it’s only because he’s [DiCaprio] passed on it beforehand. He gets to choose everything he does. And good for him, he’s phenomenal,” Bale told GQ. “But I would suspect that almost everybody of similar age to him in Hollywood owes their careers to him passing on whatever project it is.”

This sort of quote would be a hilarious summation of DiCaprio’s career if it came from an anonymous producer, let alone OSCAR WINNING ACTOR AND FORMER BATMAN ACTOR CHRISTIAN BALE. Just imagine these two together in a movie, by the way — what an acting masterclass that would be.

As mentioned above, Bale will next be seen featuring alongside Margot Robbie and a bevy of other stars in David O. Russell’s Amsterdam, which hits theaters on Friday, October 7. Then, on December 23, Bale’s next collaboration with Out of the Furnace and Black Mass director Scott Cooper, The Pale Blue Eye, will be hitting Netflix.

As for when we’ll see Leo next, he’ll be starring alongside Jesse Plemons, Robert De Niro, and Brendan Fraser in Martin Scorsese’s upcoming mystery western Killers of the Flower Moon, which will hit theaters next year.

RELATED: Timothee Chalamet Reveals It Was Leonardo DiCaprio Who Gave Him Incredible Advice About ‘Hard Drugs And Superhero Movies’