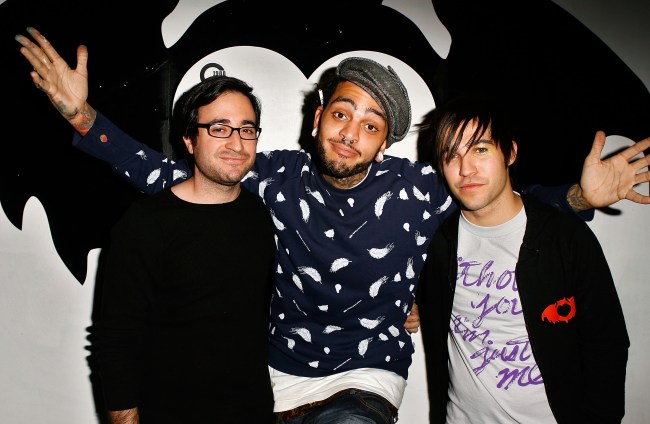 Jensen Karp, the guy who claims to have found shrimp in his Cinnamon Toast Crunch cereal and is married to the Topanga actress from Boy Meets World, was also a rapper named “Hot Karl” that signed a $1 million record deal and collaborated with some of the biggest hip-hop artists in the last 20 years. This sounds like a Mad Libs entry, but it is real life.

The guy who found shrimp in his Cinnamon Toast Crunch cereal was a successful rapper going back to the early 1990s. At age 12, Jensen was in a rap group that opened for Ice-T’s Rhyme Syndicate, a collective of rappers, including Toddy Tee, Lord Finesse, Everlast, and WC.

Jensen continued his hip-hop career through his teens as the rapper Hot Karl. For those who don’t know, the term “hot karl” refers to a rather messy sexual act.

In 2016, Karp told Entertainment Weekly how his rap career was short-lived:

Just as I was about to go to college, [Interscope Records co-founder] Jimmy Iovine offered me this million dollar record contract as a teenager. I ended up recording an album for them with Kanye West, will.i.am., Redman, DJ Quik—they basically gave me everything I wanted. It’s a fish-out-of-water tale about me being very involved in this hip-hop history as an outsider, like being there when Kanye first played his music for other people or writing an R&B song with Sisqó. Very weird things for a kid that looked like a rapper’s accountant. It was a surreal ride, and it doesn’t end with the happiest of endings. I sort of retired out of rap after I was told the label couldn’t release my album because of scheduling conflicts, which has a ton of controversy and weird conspiracy theories around it, but it tells that story up until the day I decided to never rap professionally again.

In 2017, Jensen released his memoir, Kanye West Owes Me $300, where he tells some of the crazy stories from his rap days like stealing adult content from the house of singer Sisqó and celebrating his 21st birthday with Sugar Ray’s Mark McGrath that ended with a bottle of Cristal and a Virgin Mary neck tattoo.

Karp said he was close friends with Kanye before he got famous and even loaned him $300, which he doesn’t expect to get back. “We went to movies together, we went record shopping together,” Jensen said. “I don’t know this person—it’s been 15 years—but I was able to see what a superstar is like before they have that opportunity.”

Besides rapping and finding shrimp tails in his breakfast cereal, Karp has opened a pop culture art gallery, writing comedy for the ESPYs, The Late Late Show with James Corden, the Grammys, Candidly Nicole, WWE RAW, the MTV Movie Awards, The Howard Stern Show, and FunnyOrDie, where he contributed to the star-studded sketch Live Read of Space Jam.

“A lot of people allow a journey like that—one that has a sad ending—to define them, and I didn’t let it,” Karp said. “I just found other avenues to get my creativity out and not let someone else pen my story. It’s cliché, but I didn’t want someone else to write the final chapter. I wanted me to do it.”