Who’s Ready For A Trip? Interactive Map Reveals The 50 Cities With The Most Bars In The World 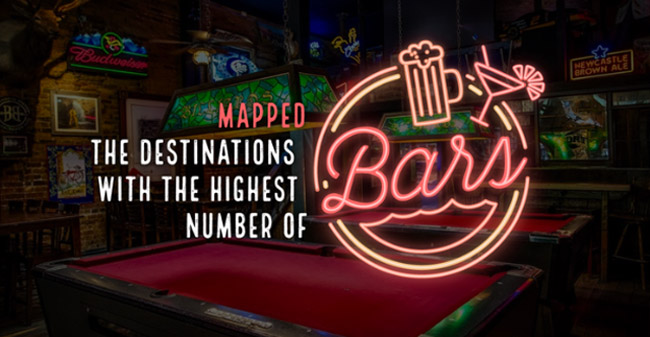 Summer may be drawing to a close, but if you’re thinking of squeezing in a break before the year is out then you want to ensure that it’s a trip full of fun – and maybe a few of your favorite alcoholic beverages. Just sayin’.

With that idea in mind, the folks over at Alpha Travel Insurance have created an interactive map using TripAdvisor data that reveals the destination cities with the most bars. You know, in case you are consider squeezing in a weekend away before Christmas. (Do it.) 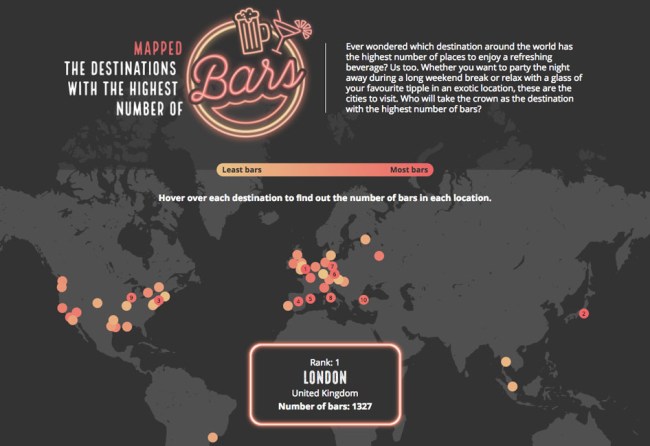 For most of us, going on vacation is the highlight of our year and a time to relax, let loose and have fun, as we forget about our responsibilities at home for some much-needed time away.

Whether it’s a sweeping city break over a long weekend or an extended trip in an exotic location, having a drink and exploring the surrounding bars and restaurants is among our favorite vacation activities.

Based on all that, have you ever wondered if you are going to the right destination? Let’s find out.

Coming in first place is London, who takes the crown for the city with the highest number of bars in the world. As a country known for enjoying a drink (or a few), it comes as no surprise that it places at the top of the leaderboard. In 2017, the UK attracted a staggering 39.9 million visitors and London alone in 2016 saw 19.1 million international visitors. With lots of historic landmarks to see in this iconic global city, there are an impressive 1,327 bars you can stop off at along the way and grab a drink. 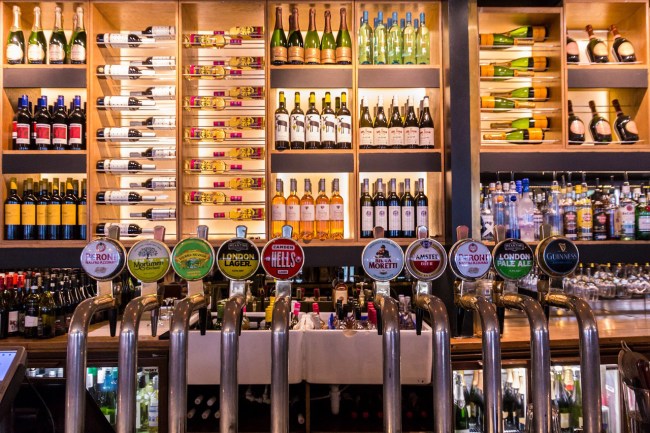 In second place for cities with the most bars is Tokyo, with New York City taking the third spot. Similar to London, Tokyo and NYC and renowned for being fast-paced, atmospheric cities. With lots of people and so much to see in both places, having the second and third highest number of bars in these cities is perfect for those wanting a fast-paced city break. With the 2020 Summer Olympics due to be held in Tokyo, the number of bars in this city is likely to rise.

If you’re looking for something less fast-paced for your next trip, there are still a number of cities with plenty of bars you could visit, with the likes of Barcelona, and Prague offering something slightly more chilled. If you want a beach holiday that also has lots of bars for you to choose from, Barcelona may be your next holiday destination as it ranks fifth in the world for highest number of bars.

The continent where you are spoiled for choices with the number of bars goes to Europe which is the home to 7 of the top 10 cities on the list. The great thing is that these countries aren’t far apart either, so whether you are going for a short break to just one of these destinations or have decided to pop to a few to make the most of your travels, you won’t need to worry about being short of places to enjoy a drink. 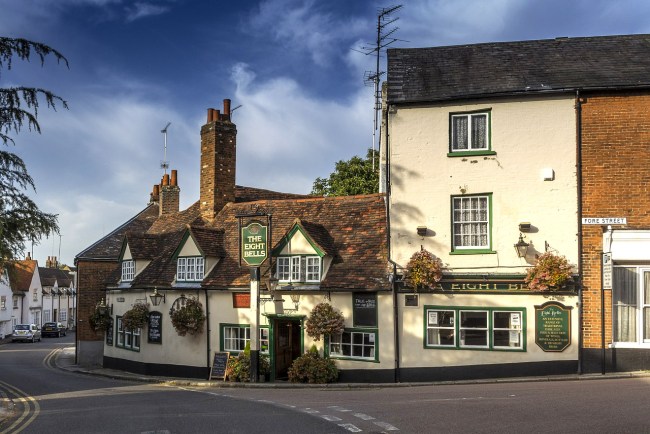 So, where do you think you’ll be having a drink on vacation next? If you go to one of these cities, you certainly won’t have any problem finding one.

Check out the interactive map of the cities with the most bars in the world for yourself right here.