Did Cliff Booth Actually Kick Bruce Lee’s Ass? This Is The Telltale Sign That He’s Lying 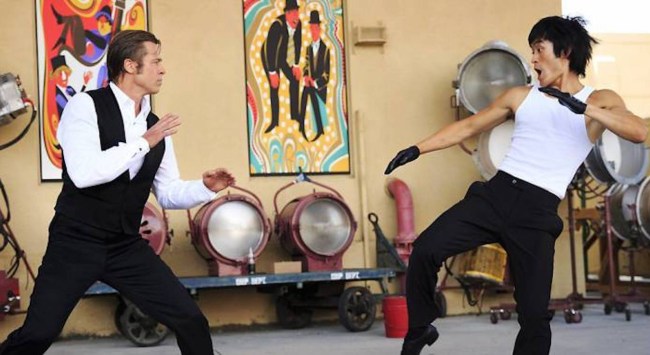 With the Academy Awards coming and going this past weekend (fucking Parasite let’s goooo!!!), I decided to rewatch Once Upon A Time… In Hollywood again to fully appreciate everything that happens in Quentin Tarantino’s ninth feature film: from the wildly accurate production design to Rick Dalton’s instantly iconic trailer breakdown to Cliff Booth’s everlasting cool.

To do so, I decided to buy the film on YouTube, which is a pretty big deal these days when considering the, uh, variety of ways a movie can be seen.

Here is how much I respect ONCE UPON A TIME IN HOLLYWOOD:

As YouTube does, after you finish one video, its algorithm suggests another, and out came the latest “The Rewatchables” podcast from The Ringer, which was about Once Upon and was recorded in front of a live audience.

While “The Rewatchables” has always been in my podcast rotation (it’s a must-listen for any cinephiles out there like myself), I’ve never come across something that was worth turning into a piece of content… until this episode.

RELATED: Leonardo DiCaprio May Be The Headliner, But Brad Pitt Is The Star Of ‘Once Upon A Time In Hollywood’

As pointed out by Bill Simmons, Sean Fennessey, and Chris Ryan on The Ringer‘s “The Rewatchables” podcast, Cliff Booth is an absolutely unreliable narrator as can be proven by watching the epic fight scene between Booth and Bruce Lee, which goes from being viewed by dozens of people to absolutely no one in the span of seconds, thus raising serious questions about the reliability of his narration.

As the scene famously starts, Lee is orating to a large crowd of people about how he would turn Muhammad Ali “a cripple”.

But by the time the scrap has ended and Booth is getting reprimanded by Randy’s wife for kicking Bruce’s ass and putting a dent in her beloved car, everybody that was previously observing the fight has now mysteriously vanished, making it seem as though Cliff and Bruce are the only two guys around.

You can check out the explanation during “The Rewatchables” podcast at 19:40:

“There’s a telltale sign that it’s incredibly exaggerated and that he’s not a reliable narrator,” Fennessey begins.

“They have their fight and he throws him into the car and then they go hand-to-hand combat and then Zoe Bell’s character comes out and the perspective on the frame changes and you see that all of the people that were surrounding the fight have now disappeared — there’s no one else in the room. And you can tell that it’s all a false memory, he’s imagined that he kicked Bruce Lee’s ass once — which he probably did not — and there was obviously a lot of outrage about this scene because it seems disrespectful to Bruce Lee, but I honestly think the purpose of that scene is to show us that we can’t trust Cliff.”