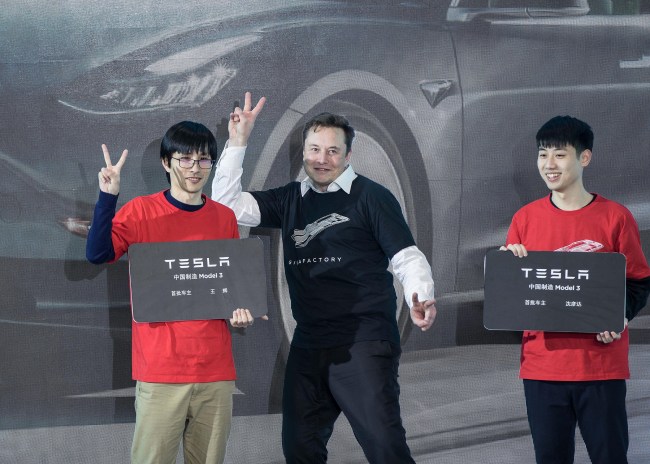 Elon Musk is arguably more active on Twitter than any other billionaire on the planet and that includes Jack, the billionaire founder and CEO of Twitter. Elon Musk loves shitposting memes and chasing clout with Reddit jokes.

He recently called the COVID-19 panic ‘dumb’, a tweet that’s been retweeted over 340,000 times. Surely that one won’t come back to bite him in the ass like the opening scene of an Outbreak style film. Keep in mind that photo above was taken in China, on January 7th, as the outbreak was unfolding, and he still thinks it’s all dumb.

The coronavirus panic is dumb

All across the planet, events have been canceled due to the fast-spreading COVID-19 coronavirus. St. Patrick’s Day parades from Ireland to America have been canceled. The San Jose Sharks might play their NHL games in an empty stadium. Italy first said Serie A games would be played without fans attending then the entire country went on lockdown and all sports were canceled. MLB games could be played without fans in attendance.

On Monday night, Pearl Jam announced their North American tour would be postponed due to the coronavirus outbreak, last week it was announced that the Ultra Festival in Miami was canceled, and then came the news that Coachella could be rescheduled until the Fall. Side note: anyone who thinks that they’ll experience ‘Fall Weather’ at a Coachella held in the Fall has clearly never been to the f’n desert in October.

Elon Musk fired off some tweets about Coachella sucking. The entire thread makes him look like an angsty teenage hipster, not the multi-billionaire CEO of multi-national corporations. Then the official Coachella Twitter account came back and dunked on him so hard he was forced to respond. Check it out:

Coachella should postpone itself until it stops sucking

Too much corporate sponsorship killed the vibe

Imagine being one of the wealthiest people on the planet and tweeting about how ‘corporate sponsorship’ killed the vibe of your dumbass music festival. The lack of awareness here is truly impressive. I’d get more worked up about it if Coachella didn’t already put him in a body bag with a single response.

Ok fine, that was good haha

For what it’s worth, Elon Musk still seems to think that Burning Man is worth your time. Spoiler alert: it’s not.

Fans had some good responses to Elon’s tweets but none were as good as the festival’s response. Still, here are a few good ones.

Sometimes I forget Musk is a skilled shitposter.

He is a pretty skilled shitposter so it’s unclear if Elon sent these tweets out because he knows it’ll rile people up and get them talking about him, exactly like I am here, or if it’s because he truly is a douche who thinks Coachella is too corporate.