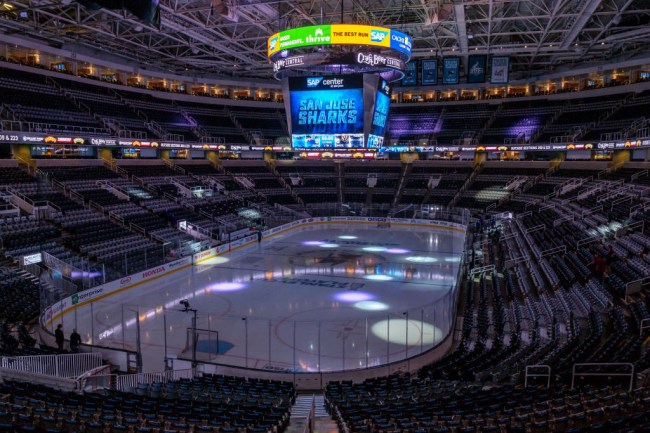 At the end of last year, a food market in the Chinese city of Wuhan served as the spark for COVID-19, the untreatable form of coronavirus that has slowly but steadily begun to spread around the world over the past few months.

Plenty of people are currently gearing up for a worst-case scenario if fears of a global pandemic are eventually realized, and while a number of countries around the world have taken some drastic steps in an attempt to stop the spread, there are some high-ranking government officials who seem to be totally content channeling the dog in the coffee-drinking dog from the “This is fine” meme as the metaphorical fire continues to grow in intensity.

While the overall mortality rate for this form of coronavirus is currently hovering around 3.4% (compared to the .1% of people who die from the seasonal flu on a daily basis), people over the age of 60 are statistically more likely to succumb to the illness, so as someone half that age, I’m not particularly worried about my life ending because of it.

With that said, I am pretty (and admittedly selfishly) concerned about how coronavirus fears are impacting my daily life, as health officials are understandably erring on the side of caution to prevent the bug from being transmitted, which has resulted in SXSW being canceled and Coachella reportedly being postponed.

The sports world is also feeling the impact of the panic, as Italy—which recently put all of its citizens on lockdown—has required all Serie A matches to be played without fans and the NBA has warned teams similar measures are not out of the realm of possibility (which did not sit well with LeBron James).

The NCAA has ensured fans they’ll be allowed to attend every game of the cash cow that is March Madness but it looks like we now have our first case of a major North American league being impacted by coronavirus courtesy of the Santa Clara County in California, where 43 people have been diagnosed (including one who died).

On Monday, officials announced Wednesday will mark the beginning of a three-week ban on gatherings of over 1,000 people, which will have a direct impact on events held at the SAP Center in San Jose—including Sharks games.

According to NBC Sports, the arena addressed the emergency matter in a statement where it said it was exploring contingency plans:

“SAP Center at San Jose is aware of the County of Santa Clara’s Public Health Department order to prohibit public and private mass gatherings through the end of March. We will adhere to the mandated guidelines.

No events are scheduled at SAP Center until Tues., March 17. We will be reviewing each scheduled event due to take place for the rest of the month and provide an update in the coming days. We appreciate the understanding and patience of our fans, guests, and partners during this unprecedented time.”

Hockey reporter John Shannon managed to get some inside information and said four options are currently on the table.

NHL is aware of the Santa Clara County ban on large gatherings. They are looking at all options, which are the following, in no particular order:

The Sharks are all but mathematically eliminated from the playoffs at this point and have five home games left in the season, with three of them having potential implications, as the Bruins are in the race for the Presidents’ Trophy and the Coyotes and the Canadiens still have a shot at clinching a wild card spot (although the latter’s chances are admittedly pretty slim).

The Sharks might be the first of team from the “Big Four” leagues directly impacted by coronavirus, but based on how things are looking right now, I’d be shocked if they’re the last.