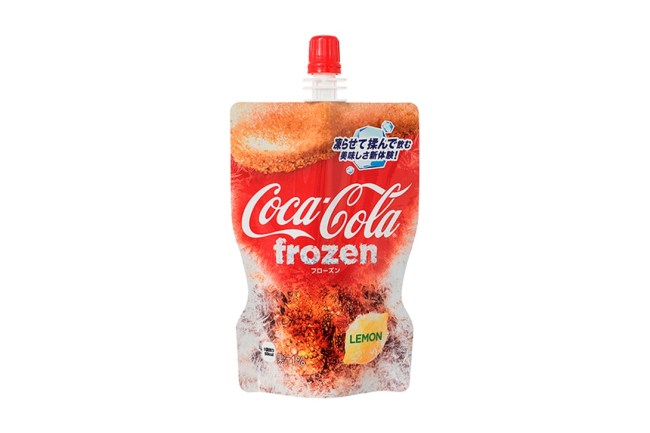 Summer is right around the corner and what better way to cool off than with a frozen Coke slushie? That means getting in your car and driving down to the 7-Eleven to pick up your frosty Coke Slurpee. But what if you could have pre-made Coke slushies right there in your freezer? Coca-Cola has done just that by releasing the world’s first frozen Coke slushie packs. But there’s a catch, because there’s always a catch. You can’t have it.

After eight years of development, Coca-Cola has released a Frozen Lemon Coke slushie pouch. But you can’t have them because they’re only available in Japan. Coca-Cola is also releasing frozen Fanta slushie pouches that come in orange and grape flavors. But you can’t have that either. Starting on April 16th, Coca-Cola will make the frozen soda slushies available in Japan. They are going to be sold at retail locations both frozen and unfrozen and sell for around a buck.

This reaffirms the thought that Japan gets all the cool Coca-Cola products. Coca-Cola is releasing their first alcoholic drink, but it too will only be available in Japan. The new adult beverage will be a Chu-Hi drink made with a spirit named shōchū.

In other slushie news, Sonic is selling pickle juice slushes this summer and Taco Bell released a Strawberry Skittles Slushie so you can drink the rainbow.