50,000 LBs Of Cocaine Worth Billions Seized In The Biggest Drug Bust In The History Of Europe 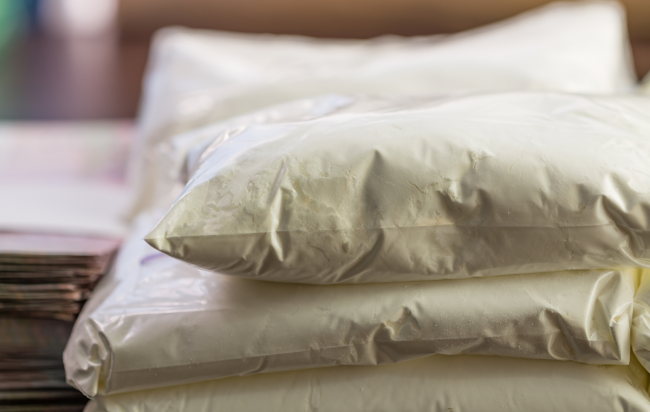 I had some incredibly mixed feelings when I heard Cops had been canceled last year in the wake of renewed scrutiny concerning systemic police brutality, as there was nothing I loved more than inadvertently crushing five episodes I’d already seen at least once during one of the marathons that seemed to run on at least one channel at any given time.

The show ran for 32 seasons that produced a whopping 1,103 episodes, and part of the reason I was so fascinated by the program was the fact that it served as an inadvertent time capsule documenting the various fashion styles and other trends that were en vogue whenever it was taped (I even have a theory that you can calculate when an episode was filmed if you add the number of windbreakers that appeared on screen and subtract that number from 2000).

Cops is an especially interesting show to look back on when you consider how attitudes concerning many of the crimes at the center of older episodes have changed in recent decades. You can’t blame the “men and women of law enforcement” who were doing their job by arresting people for having a tiny nugget of weed underneath their seat, but it’s wild to look back and realize that was enough to ruin someone’s life (and sadly still is in far too many places.)

The same could be said for those tiny plastic bags with just enough residue for police to be able to run a test to figure out what it contained, but it’s safe to say authorities in Europe didn’t have to try too hard to confirm they’d stumbled upon some cocaine after seizing over 50,000 pounds of it in what is being described as one of the biggest drug busts in history.

According to CNN, customs officials in Germany received a tip that led them to search three shipping containers that were supposedly carrying construction putty. However, after further investigation, they discovered the putty was being used to encase a truly staggering amount of cocaine, as there was over 35,000 pounds of blow hidden inside the 1,728 cans they pried open.

The containers—which were traced back to Paraguay—were eventually linked to a different shipment heading to Belgium, where authorities seized another 15,000 pounds scattered between 11 different containers home to materials including pineapple, fish, and wood.

A 28-year-old man in the Netherlands has been arrested in connection to the bust, which was so large that it seems officials didn’t even bother to try to figure out exactly how much the seized collection is worth (although it’s safe to say it’s easily a member of the Tres Comas Club.)