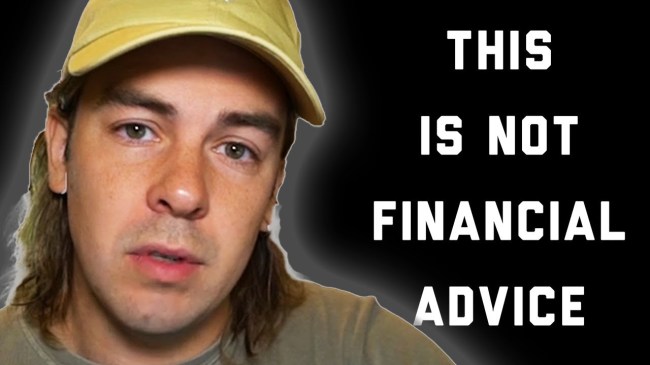 Do you ever look at the world around you and say, “Is this it? Is humanity toast? Am I living in end times?”

I don’t know. The world’s reopening, but the train feels off the tracks.

If we’re living in the future, the future feels kind of… empty? Instead of robot assistants, Hoverboards, cool visors like the one Geordi LaForge wore on Star Trek, we have video game money and… influencers leveraging their clout to sling pizza.

The world as we knew it stopped making sense last year when the pandemic started. Since then, it’s been one whirlwind frenzy after another.

For example, cryptocurrency. The news cycle around it is a rollercoaster, with divergent storylines snowballing every day.

Humans are always going to do what they can to get ahead in the world and, therefore, survive in such an increasingly connected and complicated society. That said, the crypto boom of late has brought out some of ugliness.

Elon Musk is a main character in this story arc. Tesla caused a Bitcoin frenzy when it announced that you could buy a Tesla car with the gold standard of cryptocurrency. Weeks later, the company reversed its decision, citing its environmental impact. Musk went on Saturday Night Live in the middle of a Dogecoin fever dream, seemingly driving up the price of a coin that was created as a joke. The anti-crpyo, like an inside joke. Some HOLDRs cashed out life-changing gains with the meta moves. Others got got buying the top and crossing their fingers for it to hit $1.

At the very least, Musk committed to the bit.

Spoke with North American Bitcoin miners. They committed to publish current & planned renewable usage & to ask miners WW to do so. Potentially promising.

In a new vlog, YouTuber Cody Ko (aka Wade from Real Bros Of Simi Valley) calls out influencers for “scamming” their audiences with alt-crypto mania.

If this sounds like haterade from a crypto skeptical, keep in mind that Ko graduated from Duke with a degree in computer science before his Internet fame in front of the camera. As a rising Vine star, he worked as a senior iOS developer at Fullscreen. He’s publicly named as an investor in crypto-forward companies.

Saying “this is not financial advice,” is the new “its just a prank bro.”

If every alt-coin under the sun is going TO THE MOON!, is anything actually going to the moon? At what point are we comparing a paper airplane to a Boeing Dreamliner?

It’s hilarious that dogecoin started as a joke but i legit heard middle aged men discussing their profits from it while i was checking them out in the Trader Joe’s line…..

Ko continues: “I think the SEC is going to step in eventually. And saying ‘this is not financial advice’ is not going to hold up in court.”

And adds: “This is not to say there aren’t a lot of great crypto projects. There’s a lot of awesome teams trying to change the world with crypto. It’s just not something… It’s probably not called Poo Coin.”

This is just dad sitting us down and telling us how to handle our finances. Thanks, dad.

It’s a thoughtful vlog essay on the current state of crypto. He ends “Be careful, guys…. Regulation is coming. Be careful. Don’t fall victim to people richer than you preying on your FOMO so they can make even more money off you.”