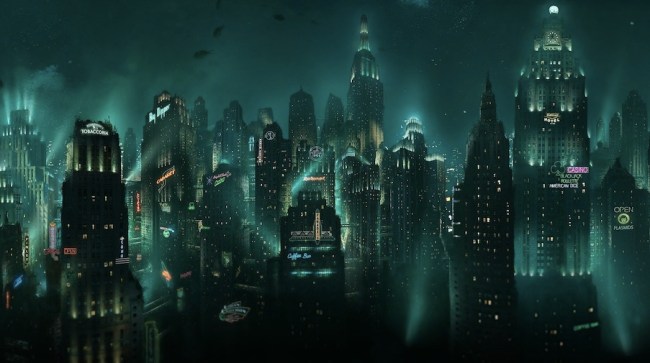 Did you know that 2015’s Jurassic World is the **sixth** highest-grossing movie of all-time? Sixth! Higher than the likes of the first two Avengers movies, the last Harry Potter, and any of the Lord of the Rings. That’s just impressive, especially when considering it’s merely just… okay? Like it’s cool and all, but it’s certainly not better than the original. It just goes to show that these days, all you need is the right intellectual property — as long as the director doesn’t shit the bed, audiences will show up.

Following his work on Jurassic World: Dominion, Trevorrow will then return to Universal Studios to make what’s being described as a “thriller” about the lost city of Atlantis.

Colin Trevorrow is re-teaming with Universal Pictures on Atlantis, a thriller about the mythical city that Trevorrow and his Metronome Film Co. will produce.

Based on a story by Trevorrow and Matt Charman (Bridge Of Spies), Atlantis will be written by Dante Harper, whose scripts include the original spec All You Need Is Kill that became the Tom Cruise thriller Edge Of Tomorrow, Alien: Covenant and most recently Forever, scripted for Rogue One director Gareth Edwards.

Unlike previous incarnations of the mythical city as an underwater kingdom, Trevorrow’s Atlantis is set on a lost continent in the Indian Ocean between Africa, India and Oceania. It is a multicultural civilization with its own advanced technology. [via Deadline]

As a huge fan of the BioShock video game franchise, I’ve long wondered why a movie studio hasn’t taken a stab at building a franchise around an underwater city such as Atlantis (or, as it’s called in BioShock, Rapture) — the idea in inherently fascinating and the very nature of the setting allows for detailed and fully immersive world-building. Sort of like Avatar, if it wasn’t a steaming pile of shit.

RELATED: The Original (And Better) ‘Rise of Skywalker’ Script From Colin Trevorrow Has Been Turned Into An Animated Short Film