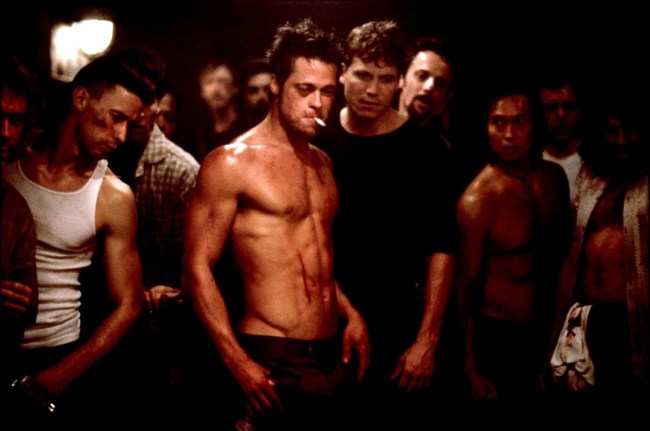 We’ve all been there. The deadline is fast approaching, you may or may not have just taken a bong rip to incite creativity or maybe as a means of surrender. You’re tempted to send an email to your professor and “forget” to attach the assignment to save yourself a little time, but you did that last time.

Your only two options are to stay up all night and suffer through it while all your friends are drinking and doing sex because #college, or you can find a very creative shortcut and cross your fingers that your professor isn’t a humorless slug.

A college student named Allison Garrett recently went viral for brilliantly choosing the latter, and it paid off big time.

Allison shared how it went down on Twitter, writing: “The assignment description for essay 5 was to write a review of a movie that we had seen. The opportunity arose, and I took my chances.”

the assignment description for essay 5 was to write a review on a movie that we had seen. the opportunity arose, and i took my chances.. pic.twitter.com/1l1rMS2zg3 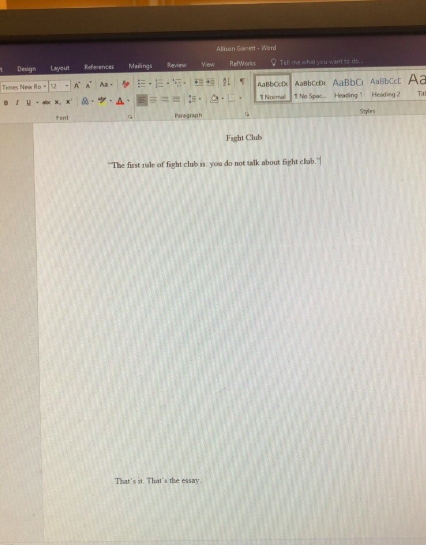 It reads: “The first rule of Fight Club is…you do not talk about Fight Club.’ And at the bottom, Allison added: ‘That’s it. That’s my essay.’ 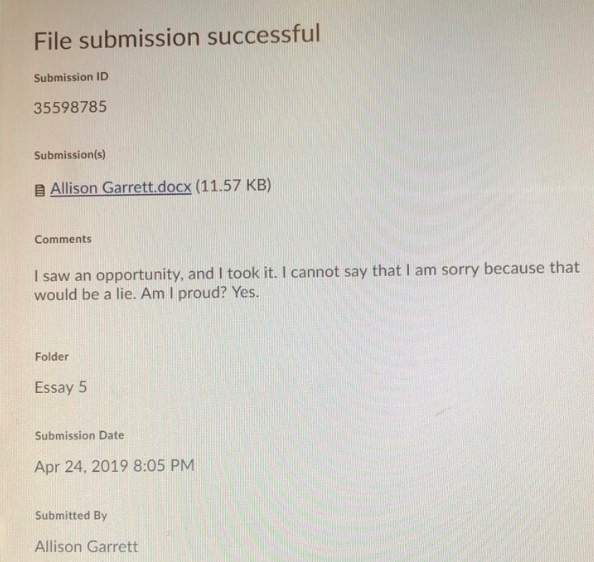 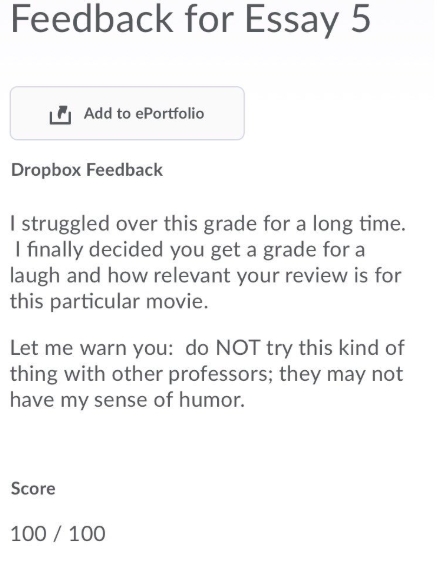 P.S. Listened to Fight Club creator Chuck Palahniuk on the Joe Rogan Podcast yesterday, and he spoke about the impact of Fight Club. Pretty insightful stuff.