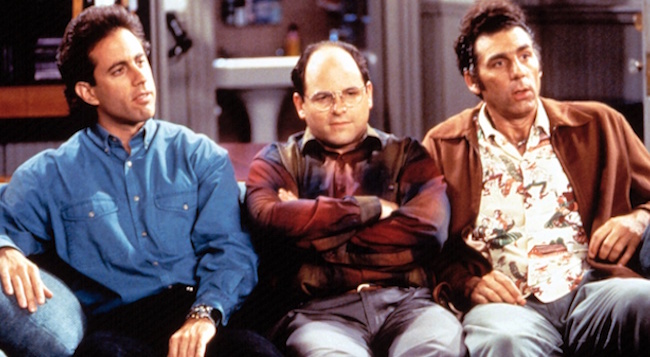 Congratulations Evan Genuise! You are today’s winner of the internet! Evan, a freshman student at Northern Arizona University, won the prestigious award after creating a contraption that plays the Seinfeld theme song whenever his dorm room door opens. Evan eagerly welcomes visitors into his room knowing full well that as soon as they crack open the door the fun, catchy, lip-popping song will start to play.

While you’re wasting your time at college by going to classes and stuff, Evan created a hilarious prank. The 18-year-old Genuise who’s studying electrical engineering, computer science, and how to go viral on the internet utilized a YouTube tutorial (As seen below) by user Chloe Alix to create the motion sensor.

I build a door sensor for my dorm pic.twitter.com/veNXFobzPC

“I thought it would be hilarious to rig my dorm with a sensor that played random transitions from the Seinfeld show,” Evan told BuzzFeed News. On Oct. 3, Evan posted a video on Twitter of him trolling his friend and it has amassed nearly 50,000 RTs and over 109,000 Likes.