Colombian Man Arrested At Spanish Airport For Attempting To Smuggle $34,000 Of Cocaine Under His Toupee, And The Photos Are Hilarious 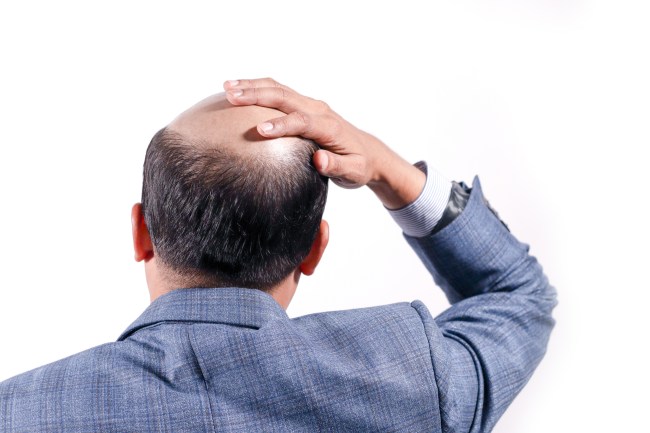 A recent UN report indicated that the amount of agricultural land in Colombia used for coca crops, the raw material for cocaine, has hit an all-time high. I visited Cartagena, Colombia last year and can tell you first hand that it was easier to locate cocaine in Colombia than it is locating a Starbucks in Manhattan. They saw me coming from a mile away.

Gram for gram, cocaine remains the most expensive commonly used illegal drug in the world, with New Zealand and Australia topping the charts with $237 and $218 per gram, respectively. In Colombia, they pay as little as $6 per gram.

Simply economics would lead you to believe that one could make a killing selling Colombia cocaine elsewhere in the world, and this story is indicative of how far some people will go to fill their pockets.

A Colombian man is in deep shit after Spanish police at Barcelona’s international airport discovered a half-kilo (1.1 pounds) of cocaine under his cartoonish wig.

According to the New York Post, the “considerably nervous” man arrived on a flight from Bogotá at the end of June and attracted the attention of officers when his wig appeared to be a “disproportionate size.”

In what police have dubbed “Operation Toupee,” the officers found a “perfectly sealed package taped to his head” containing about $34,000 worth of coke.

“There is no limit to the inventiveness of drug traffickers trying to mock controls,” police said in a statement, which included a photo of the middle-aged man, who was still wearing the bulging wig.

According to the Local ES, in recent years, police have found cocaine inside breast implants, hollowed-out pineapples, a wheelchair cushion, and a plaster cast encasing a man’s broken leg.

A for effort. But unfortunately, effort isn’t going to keep you outta the slammer.