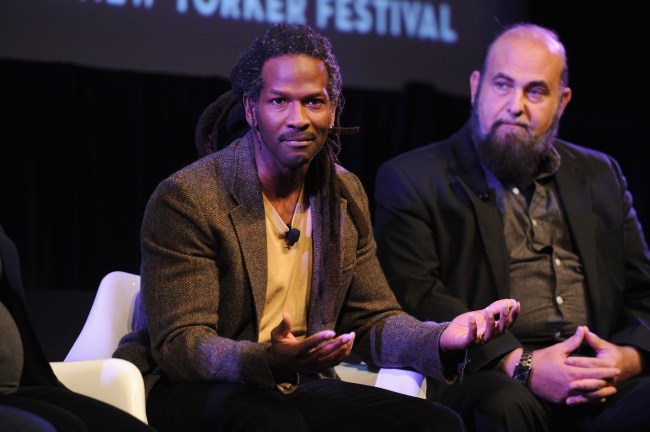 Many of us struggle to find that elusive work-life balance, especially these days. It’s so tough to put your day behind you and transition into the wind-down mindset before bed. But Columbia professor Carl Hart has the solution: a couple lines of heroin by a crackling fire. Seriously.

Carl Hart is a Columbia University professor of psychology and neuroscience. He chairs the psych department and has a fondness for heroin – not only as a subject of scholarly pursuit but also as a substance for personal use.

At 54, the married father of three has snorted small amounts of heroin for as many as 10 days in a row andenjoyed it mightily – even if, as he recalls in his new book “Drug Use for Grown-ups: Chasing Liberty in the Land of Fear” (Penguin Press), he’s experienced mild withdrawal symptoms “12 to 16 hours after the last dose.”

But, as Hart sees it, the discomfort is a worthwhile trade-off.

“There aren’t many things in life that I enjoy more than a few lines by the fireplace at the end of the day,” he writes, pointing out that the experience leaves him “refreshed” and “prepared to face another day.”

In the words of Billy Madison, I think Crazy Carl has a point! I’ve never tried heroin but something tells me that a few lines by the fireplace would, in fact, be the thing I enjoyed most in my life. More than drinking, more than exercise, more than furthering my career, and more than holding my firstborn child.

Hats off to the guy. I suppose if you can control your urges and legitimately take heroin in some kind of controlled manner, go for it? It seems like the slipperiest slope of all the slopes, but I’m a pretty basic brotch when it comes to substances. Weed and booze are about as far as I’ll push the envelope, and I certainly don’t have a working fireplace in my apartment.

Turns out Professor Hart has a taste for all the flavors of the rainbow:

It’s not just heroin that keeps Hart centered, he claims. The prof is also a fan of the effects brought on by MDMA (better known as Molly or ecstasy) and methamphetamine (a drug that has caused the most overdose deaths in nearly half the US, according to the Centers for Disease Control and Prevention). In describing MDMA, he recalled “intense feelings of pleasure, gratitude and energy.

“When I’m rolling, I just want to breathe deeply and enjoy it. The simple act of breathing can be extremely pleasurable.”

He even found pleasure in snorting a version of so-called bath salts, a synthetic cathinone that’s been linked to disturbing behavior from barking to breaking into homes. Hart’s assessment: “unequivocally wonderful.” In his book, he recounts the effects as being “euphoric, energetic, clearheaded and highly social … niiiiiice.”

Sorry dude, you lost me at bath salts. I don’t fancy an afternoon gnawing on my firearm because I think it’s a juicy tenderloin. But do you, pal. I hear Florida is a great place for bath salts.

How exactly does Columbia deal with this? Is this no big deal? Freedom of speech? Heroin is… very illegal, last time I checked. Either way, something tells me he’s going to have a LOT more students taking his class next semester.