A Comedian Complained About His Jury Duty On His Podcast, And Now The Case Is Being Appealed 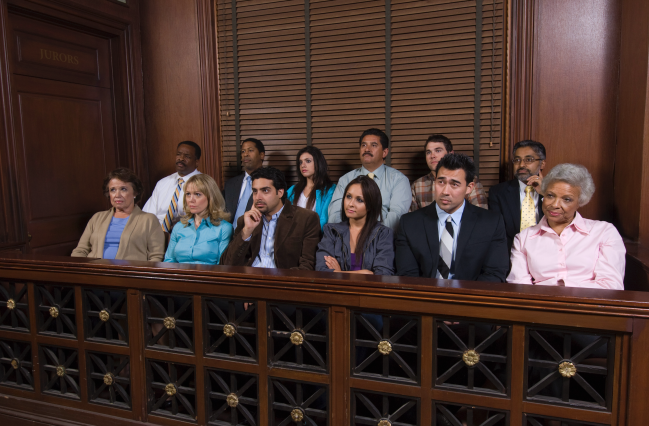 If you’re a defendant in a criminal case, a New York City comedian/podcaster is the last person you want on your jury. In a recent case, Jake Letizia wasn’t very good at keeping his courtroom opinions in the courtroom:

In three episodes recorded during the trial and one after it ended, [Jake Letizia] laced his comments with profanity and bouts of laughter, made disparaging comments about the judge, lawyers and defendant, and spoke in lewd terms about a court employee.

After the three-week trial in November 2019, the jury convicted a former currency trader, Akshay Aiyer, of conspiring to manipulate prices in the global foreign currency exchange market. He received an eight-month prison sentence, but he has remained free on bail pending an appeal. His lawyer declined to comment.

The appeal is based, among other things, on Mr. Letizia’s podcasts. In a brief filed in January, Mr. Aiyer’s lawyers said the juror’s mid-trial recordings were “a flagrant violation of the judge’s instructions and revealed (in explicit detail) his contempt for the jury’s responsibilities.”

It would be easy to dump all over this guy for breaking the sacred oath of jury duty confidentiality. But first, I bet 99% of jurors talk about what happens in court. Everybody loves to share what happened in jury duty. It’s the only upside to how shitty it is to be selected. Look at Toby and how much he let people know that he was on the case for the Scranton Strangler. And Toby was a goddamn boyscout, constantly enforcing rules.

Second, as a comedian and podcaster, I can’t tell you how many times I’ve gotten in trouble for sharing things on the podcast that I wasn’t supposed to share. It’s as if the second we see that red recording light go on, all bets are off. I black out, have no recollection of what I’ve said, and I have to pray that my producer and cohost have the discernment to save me from myself, and cut out any of the things I’ve said that will ruin relationships or place me on the terrorist watch list. Needless to say, I’ve had to do more than a few damage control Zoom calls to family and friends who took issue with a joke or segment about them.

Jake says this about his podcast:

In an interview, Mr. Letizia, 27, said his podcast had an audience of about 100 people over various social media platforms. His monologues, he said, were usually taken “to the most exaggerated degree for comedic effect.”

This is something that audiences don’t really understand, but I don’t think podcasters/comedians really understand either. We think that just because people know we’re comedians, they’re taking what we say with a grain of salt. They know it’s at least partly an act, and therefore, it shouldn’t be taken seriously whatsoever. But that’s a total copout. We can’t just go on the mic and blather about anything we want with no fear of consequences, in the same way that there are reasonable limits to freedom of speech. You can’t yell “fire!” in a crowded movie theater, and you can’t talk shit about the judge on your podcast. At least not without consequences. And in this case, the consequences are that your podcast might be grounds for an appeal.

“I’ve never been more enraged in my life,” he continued, “than in that moment, being picked for jury duty, knowing I had to be on a case for weeks, like a job, 9-to-5, Monday through Friday.”

Jake, uh… welcome to America dude. If being selected for jury duty is the most enraged you’ve ever been in your life, you’re in for a long, unhappy life my friend. It’s our civic duty. Jury duty sucks for everyone, just as drivers ed sucks, just as colonoscopies suck, just as burying a beloved family dog sucks. Life is full of unavoidable suffering. Welcome to being alive.

Judge Koeltl gave another reason he did not believe the podcast had invalidated Mr. Aiyer’s guilty verdict: It had so few listeners.

Ohhhhh shit! Judge Koeltl coming back with a ricochet shot for the ages!! You come at the judge, you better be prepared for him to size-shame your podcast lolol. Boy oh boy, what a tremendous response. “No big deal, nobody listens to his podcast.” Sorry Jake, Judge Koeltl stuffed you in a locker. Crack that 1,000-listener watermark and then maybe, just maybe, you’ll be able to derail the judicial process.