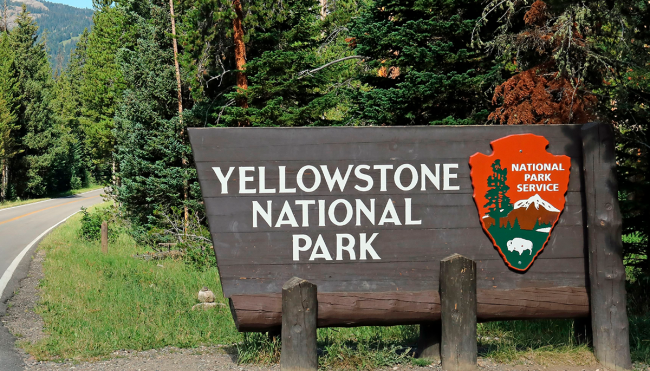 Earlier this year, Los Angeles-based comedian Jake Adams decided to showcase the skills he honed while attending Professional Golfers Career College (a place that really, actually exists) by setting out on an ambitious journey to hit a golf ball in every single state in America over the course of 30 days.

Adams kicked off the adventure in California by teeing off in the direction of the Hollywood sign before hitting the road for what he predicted was “going to be a pretty poor life choice.”

It turns out he was pretty spot-on.

In May, Adams dropped another video chronicling the entire trip that saw him ripping shots while standing on a snowboard in Colorado and on the football field at West Virginia University.

When you consider visiting Yellowstone National Park is essentially the only reason anyone would willingly ever travel to Wyoming, it was only natural that he opted to tee up there when checking the state off of the list. Unfortunately, the Wall Street Journal reports he’s now at the center of a federal investigation due to that retroactively regrettable decision.

Adams says he received a call from the National Parks Service a few days after a local news outlet snitched on him and was informed the feds were looking into whether or not he violated laws related to the preservation of Yellowstone. While he used a mat and a biodegradable ball, he still faces a $5,000 fine and up to six months in prison for the stunt he quickly apologized for after it initially made headlines.

When you consider a guy who tried to cook a chicken in one of the park’s geysers last year only got hit with a $1,200 fine, it’s hard to imagine Adams will be prosecuted to the fullest extent of the law here, but I guess we’ll have to wait and see.