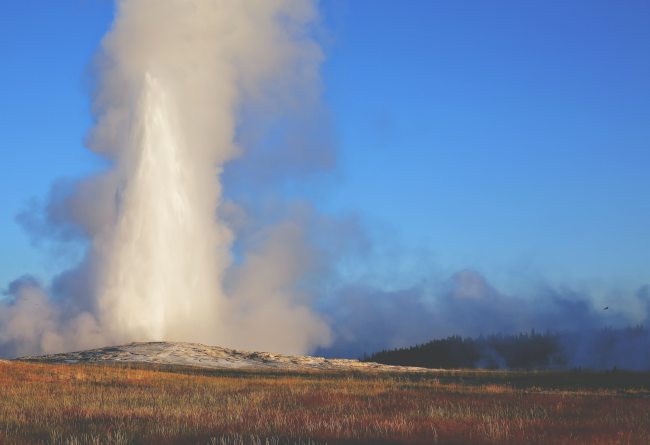 An Idaho man is no longer allowed in Yellowstone National Park after he attempted to cook chicken at the Shoshone Geyser Basin. The incident occurred after park rangers received reports of a dude hiking toward the off-limits thermal area with a pot and two whole birds in a burlap sack. He has been ordered to pay a $1,200 fine for violating park closures and will serve two years of unsupervised probation. The geothermal hot-pot enthusiast will be forbidden from entering Yellowstone National Park during that timeframe, though his days of nature-induced dinners in forbidden zones of National Parks are likely in the past entirely.

This is not the first instance of trying to chef up some grub via hot spring. A Seattle T.V. host was fined in 2001 after digging a barbecue pit in a thermal area to demonstrate the cooking abilities of the natural heat. Foot traffic to the area is not allowed because of scalding risk. The water in the geyser is often hidden under a thin layer of dirt around the steam vent reaches an average of 143 degrees Fahrenheit, which could, and has, induced fatal third-degree burns.

When it comes to cooking the birds, however, it would be a stretch. To boil a chicken requires boiling water, which reaches its tipping point at 212 degrees Fahrenheit. To fry a chicken, the oil temp would need to be something closer to 330-350 degrees. The park didn’t give the man’s name, so we may never know what was going to be on the menu.