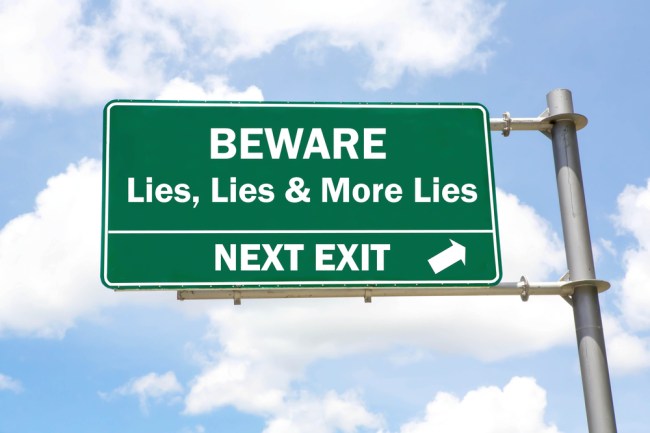 We were all lied to as children. Whether it was being told the Tooth Fairy couldn’t make change of a $100 bill so we’re only getting $.10/tooth this month or Santa Claus only drinks single malt and leaving out cookies that aren’t laced with THC is for little bitches. Some lies were bigger than others. Below, a bunch of millennials like you and me shared stories of all the things they were lied to about while growing up and man, it feels like the big red curtain of the world was just ripped away and I’m seeing this cold, cruel planet for the very first time. Also, I’d like to send a shout out to the first lie below as the most prevalent rumor shared across public schools in America throughout the ’90s. Even before we were all glued to the Internet 24/7/365 with smartphones and social media this lie somehow managed to reach every public school kid in America and that’s remarkable (via AskReddit):

ktjbug:
That Marilyn Manson had a rib removed so he could suck his own d*ck.

This was always a smart one from parents, and one my parents definitely told me.

p_mig:
That turning on the lights in the car is illegal

PM_ME_MAMMARY_GLANDS:
That some dude is gonna walk up to me and offer me free drugs.

Dubalubawubwub:
“You’ll regret spending so much time on that computer when you’re older”

badwolfmommy:
“Always check your Halloween candy because someone might have put drugs in there!”

Drugs are expensive. No one is giving that shit away for free to children! But I still check my kids’ candy for open wrappers just in case there’s any funny business…and Reese’s Cups.

jnksjdnzmd:
You need to define yourself by your job. I wasn’t told this directly but we live in a culture of dream jobs or people asking “what’s your job” when they meet you. My work is cool but it’s just work. My hobbies are what I define myself around.

-eDgAR-:
“You won’t have a calculator everywhere you go.”
Guess what Mrs. Diaz, I have a portable computer with access to the internet that fits in the palm of my hand.

pajamakitten:
You don’t need work experience; grades will be enough.
That might have been OK in the past but then the global financial crisis hit and employers became much fussier.

Felon:
That receiving ‘participation trophies’ were our fault. No kid was out there demanding a trophy for losing. Some dumbass parent thought it would be nice for their kid to get a trophy so somehow this has become normal and everyone claims some 5 year old masterminded the whole thing.

topagae:
“Be loyal to your company. They’ll take care of you.”
Also, “follow your dreams, get a house with a yard, and you’ll be able to retire.”

Drunkpostsbyme:
“Student loans are normal, don’t be afraid to go into debt for that out of state graduate degree”

mr-nichtus:
That I’m smart. I was smart, sure- for a kid. But as I’ve gotten older that’s evened out significantly. I may know a lot of trivia and a lot about certain key subjects, but those are not actually marketable skills. So I work nights at a hotel and squeak by, living with my parents and racking up credit card debt to make ends meet.

Pretty sure this is the same scenario everywhere. The ‘Boomers’ refuse to retire because none of them were smart enough to plan for retirement.

ryijy:
In Finland, we were told that once the big age group born after WWII retires, there will be jobs everywhere, for everyone. That didn’t happen. The number of open positions has remained stagnant for ten years while the unemployment rate is rising.

Until I was like 24 I thought that you could only fill out checks in cursive. This is the bullshit I was told as a kid.

sexywhormones:
That I would need and use cursive writing.

datedusername:
Be a doctor, lawyer or engineer and you will be happy and make lots of money.
I know so many underemployed lawyers that it’s a little depressing. I don’t know a single MD that isn’t divorced (although I know a lot of happy DOs).

thenewdoctorwhos:
That going to college meant you could get a job

Smigg_e 4952:
That if I don’t have my life figured out by the time I’m 25 then I have some serious problems.

Don_Cheech:
“Money doesn’t buy happiness.” Sorry folks. But in the world I’m currently living in, it absolutely does.

Truly the biggest lie ever told to millennials right here…

canceroustumor123:
That they had it so much harder than us growing up

Well, bros, that wraps up the coverage from my end but if you want to keep on reading these AskReddit stories you can CLICK HERE to see that thread in full! As always, you can drop your story/ideas/thoughts in the comment section down below.