Fewer Companies Are Drug Testing Their Employees For Marijuana 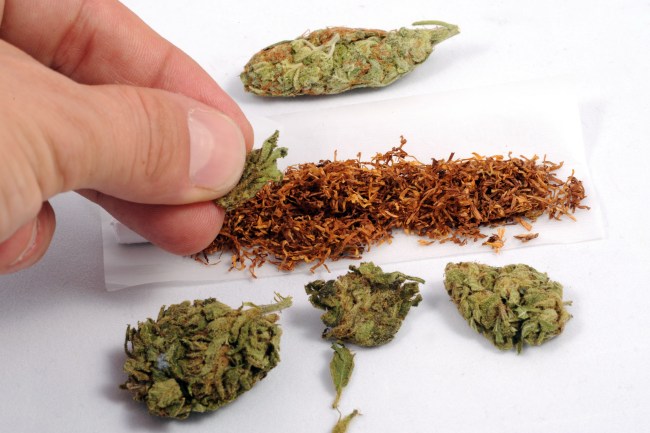 While marijuana was once guaranteed to prevent stoners from becoming anything other than busboys, delivery drivers or stockbrokers, the word on the street is that tide is starting to shift with respect to whether pre-employment drug testing should include weed at all. Now that a handful of states have legalized the leaf for recreational use, making it perfectly acceptable for adults 21 and older to purchase weed in a manner similar to beer, employers that making pissing THC-free a part of the job application process are running into hardcore snags when it comes to staffing. It is for this reason that many are making the decision to scratch this part of the hiring process.

“It is happening,” Dr. Brian Kropp, a human resources big wig at Gartner, told NBC News. “In all the conversations we’ve been having with executives about this issue, more and more of them are dropping it.”

The United States is experiencing one of the lowest rates of unemployment in almost two decades. This alone has made it tough enough for companies to find qualified candidates without sifting through applicants for the select few who do not smoke weed. So rather than deal with the hassle, some firms have become more open to cannabis.

“When under pressure to find workers, some employers can re-examine existing company policies, practices and benefits as a way to remove hiring barriers and better fill jobs,” explained Alison Sullivan, career trends analyst at Glassdoor.

Although the United States labor market is still a long way off from a time when marijuana is no longer an issue for most employers, we have entered the first wave of that trend. As it stands, more than half the nation has legalized marijuana for both medicinal and recreational purposes and more are expected to follow. Several states, including Michigan and Missouri, or on track to legalize in some fashion later this year. Looking ahead to the not so distant future, the cannabis advocates expect to see New Jersey and New York follow suit.

President Trump told the American workforce during his campaign that one of his primary objectives was to bring jobs back the United States. Yet, according to his Labor Secretary Alexander Acosta, the nation’s drug testing standard continues to prevent many otherwise solid workers from finding their spot on the food chain. “We have all these Americans that are looking to work,” Acosta testified before a recent Congressional hearing. “Are we aligning our … drug testing policies with what’s right for the workforce?”

Interestingly, while U.S. Attorney General Jeff Sessions has spent the past year and half trying to convince the nation of an impending federal marijuana crackdown, that threat appears to be over. President Trump recently promised to let legal marijuana states operate without federal interference. Some experts predict that weed could be fully legal nationwide by 2021.

But until the time comes when the federal government no longer considers marijuana a dangerous drug in the same ranks as heroin, employers all over the country still have the right to test potential new hires and permanent employees for marijuana. Although the situation may be improving in those states with legal pot laws on the books, it is still rather dire in areas of prohibition. In fact, sadly, it is still far from perfect in areas with legal weed. Some companies in states like Colorado have continued testing employees for pot. Because of federal regulations, many do not have a choice on the matter.

Yet, in some cases, employers are eliminating the pre-employment drug test for marijuana with the stipulation that workers do not give human resource managers any reason to test them for pot after they are hired.

Caesar’s Entertainment, one of the largest casino operations in the country, is one of those implementing this new ethos. It recently announced that it would no longer force job applicants to pass a drug screen for marijuana in order to qualify for employment. But this doesn’t mean the company wants workers getting high. Rich Broome, executive vice president of corporate communications for Caesar’s, told the Las Vegas-Journal, “If somebody is believed to be using or high at work, then we would continue to screen for marijuana and other drugs.” A positive result could force the worker into the unemployment line.

Staffing experts say that testing job candidates for marijuana has never really been about their ability to produce – it’s more about attracting people who can follow the rules. But now that marijuana is no longer a violation of the rules in some parts of the country, pre-employment tests are destined to become less prevalent. “It’s an artificial barrier to employment. … It’s no different than having a beer Sunday night,” said attorney James Reidy, chair of the labor and employment group at the law firm of Sheehan Phinney Bass & Green.