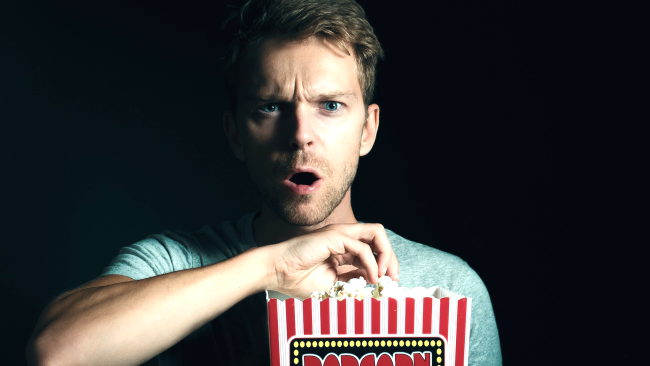 A concession stand worker has gone viral with almost 7 million views on TikTok for a wild claim he has made about movie theater popcorn.

According to @thatcoolguy.25597 on TikTok, if you feel like you’ve been getting scammed every time you purchase a bag or bucket of popcorn at a movie theater, there is a pretty good chance that you have been.

Setting aside the fact that we are all paying for popcorn at a markup of somewhere around 2,000 percent, it’s the size of the order that is the focus of this TikTok video.

In the video, @thatcoolguy.25597 acts like he’s your average customer who orders a small popcorn because they feel like the medium would be “too much.”

Then, he pretends to change his mind and orders a medium-sized popcorn instead. So, he pours the contents from the small popcorn into the medium bag and… wait… they’re the same!

Comments on his TikTok video were pretty much what one would expect.

“Medium is always a scam,” commented one viewer.

“Facts lol I used to work at AMC, there’s a lot of stuff y’all don’t know,” another viewer wrote.

Better get the small next time ##mcdonalds ##milkshake ##travis ##food

Commenters made similar claims about Marcus Theaters, Starbucks, as well as at bars and other restaurants. Buyer beware.

Oh, in case you were wondering, he says he just put in his two weeks notice so he isn’t concerned about getting fired. That’s why he made these videos.