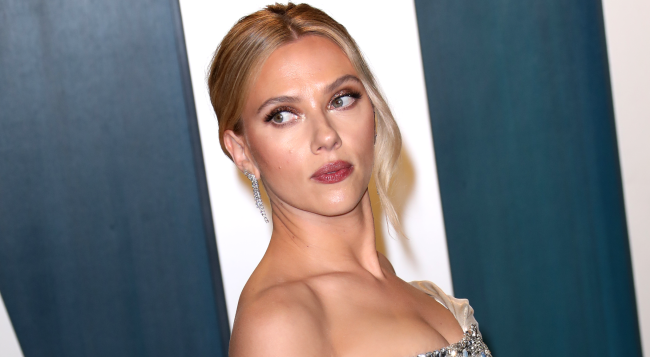 A woman on TikTok who looks like a Scarlett Johansson doppelganger has amassed an astounding 7.3 million followers (and counting) and it’s easy to see why.

The Scarlett Johansson lookalike is a 24-year-old from Russia who goes by the name Kate Johansson on TikTok.

I’m guessing that isn’t her real last name, not that it matters, because with over 7 million TikTok followers Kate is living large.

With good reason too. Take a look at this TikTok video and tell me she isn’t the spitting image of Scarlett Johansson.

Not bad, right? That video alone has been watched over 8 million times.

“I really can’t tell if this is her or not lol,” wrote one viewer.

“I came across this girl on TikTok and… I 100% thought she was Scarlett,” commented another.

Related: Woman On TikTok Entertains Millions When She Does The ‘Grand Theft Auto Walk’ In Real Life

Turns out that TikTok has more than just a Scarlett Johansson doppelganger, it’s full of celebrity lookalikes.

You know what I mean?

Not worried about her when she gets older – strong independent young lady. ##motherdaughter ##homeschool ##ROMWEGetGraphic ##momsoftiktok

And this isn’t the first time that a Scarlett Johansson doppelganger has popped up on the internet.

Back in 2017, a photo of a guy’s grandma went viral on Reddit for how much she looked like the Black Widow star as a young woman.

Johansson was so stunned by the resemblance that she filmed a YouTube video promising to invite the lookalike to the premiere of her movie Rough Night.

ScarJo even said she wanted to get drunk with her doppelganger, because the woman claimed she was drunk in the photo. And she did.