Corey Feldman Suing WeTV, Claims He And His Family Were Held ‘Hostage’ By Reality Show 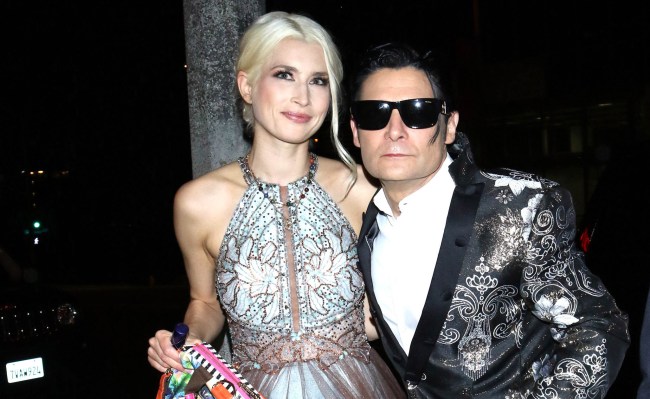 Actor Corey Feldman, who you may know from such films as Gremlins, The Goonies, Stand by Me, and The Lost Boys (if you were alive in or are a fan of the 1980s) has filed a lawsuit against WeTV and Think Factory Media claiming he and his family were held “hostage” while filming the reality show Marriage Boot Camp.

Legal documents obtained by The Blast reveal Feldman, who was close personal friends with Michael Jackson as a youth (and used to dress like him), makes numerous accusations against WeTV including falsifying information to the public.

The lawsuit states WeTV “not only perpetrated fraud by inducing Mr. Feldman with false promises,” but they also “falsified information to the public, they discredited Mr. Feldman as a liar on their show Marriage Boot Camp: Family Edition.”

Feldman also claims the producers of the show “held him and his family hostage under duress in a location unknown to them, causing severe emotional trauma.”

“The show was initially ‘sold’ to Mr. Feldman on the premises of being able, through guidance from licensed medical professionals, to help heal the tumultuous relationship Mr. Feldman had with his brother Eden over the years,” the lawsuit claims. “Instead, of healing this brotherly relationship the (show) instead created questions and exercises that would focus and would reveal past sexual assaults on the celebrities and how such sexual trauma affected them and their lives.”

It also states, “The harm caused by the Defendants’ breaches, fraud, and false promises have caused severe emotional trauma to Mr. Feldman. Such conduct has caused Mr. Feldman ongoing feelings of helplessness and suffering, which were reignited after decades of lying dormant due to successful therapy.”

Feldman also accuses WeTV of “knowingly put (Corey) in mental anguish and physical danger, treating and portraying (him) as a joke and a liar, through public victimization and discrediting him throughout the world not only causing severe emotional harm to him but also putting Mr. Feldman in disrepute, greatly diminishing his earning potential as both an actor and a musician and causing further destruction of his life’s work and his documentary.”

While Feldman may or may not have a case with regard to some of the other accusations, the one about WeTV “greatly diminishing his earning potential as both an actor and a musician” … yeah, I think the court will agree that ship sailed a long, long time ago.