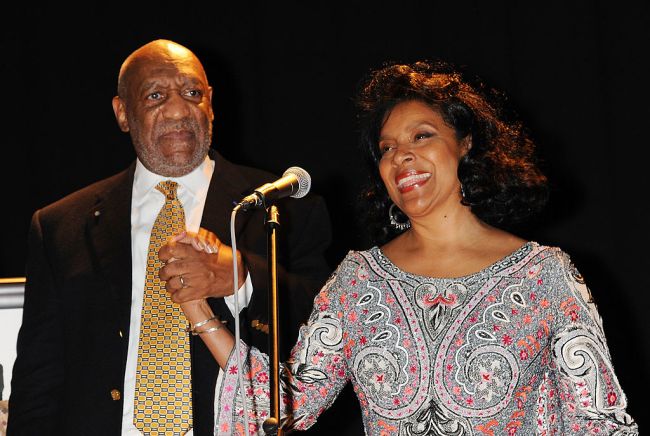 On Wednesday afternoon, the Pennsylvania Supreme Court shocked many when they announced they had decided to overturn Cosby’s sexual assault conviction due to a technicality in the case.

BREAKING: Pennsylvania’s highest court has overturned Bill Cosby’s sex assault conviction after finding that an agreement with a previous prosecutor prevented him from being charged. The 83-year-old comedian has served more than two years in prison. https://t.co/1MufDs2yjP

The former “Cosby Show” star was arrested in 2015, when a district attorney armed with newly unsealed evidence — the comic’s damaging deposition in a lawsuit brought by Constand — brought charges against him days before the 12-year statute of limitations ran out.

the Pennsylvania Supreme Court said that District Attorney Kevin Steele, who made the decision to arrest Cosby, was obligated to stand by his predecessor’s promise not to charge Cosby. There was no evidence that promise was ever put in writing.

Justice David Wecht, writing for a split court, said Cosby had relied on the former district attorney’s decision not to charge him when the comedian gave his potentially incriminating testimony in Constand’s civil case.

The court called Cosby’s arrest “an affront to fundamental fairness, particularly when it results in a criminal prosecution that was forgone for more than a decade.”

The justices said that overturning the conviction, and barring any further prosecution, “is the only remedy that comports with society’s reasonable expectations of its elected prosecutors and our criminal justice system.”

Phylicia Rashad, who played Cosby’s wife on the long-running TV show and was recently appointed the dean of Howard University’s fine arts college, celebrated Bill’s release on Twitter by stating a “terrible wrong has been righted.”

FINALLY!!!! A terrible wrong is being righted- a miscarriage of justice is corrected! pic.twitter.com/NrGUdwr23c

Rashad’s tweet immediately drew the ire of the Internet

A friendly reminder that Mr. Cosby has not been acquitted, nor has any new evidence been brought forth that challenges his guilt as it pertains to the crimes he was convicted of.

He was released on a technicality. https://t.co/7zJ8emlYuJ

Bill Cosby admitted to drugging women and he was released on a technicality. Bill Cosby is still a rapist, and I hope the Cosby Show residual checks are worth what is left of your dignity. https://t.co/LId0SIymgs

Phylicia! #BillCosby being released from prison on a technicality is a complete miscarriage of justice & will never be an exoneration for the brutal crimes he committed against women. The world is now woke & women will no longer be silenced. You should be ashamed of yourself. https://t.co/BVWbmZME3m

This is disgusting. And it will have some not inconsiderable fallout at @HowardU, where she was recently appointed the Dean of the Arts School. https://t.co/jgr8e58yrA

So in this instance, kids, your favorite TV mom is loud and wrong. There was no miscarriage of justice, and Cosby is being released on a technicality. I will explain it all in this thread. https://t.co/K9HtjpLC1Y

SO, since the Dean of @HowardU College of Fine Arts wants to tell all of her students that sexual assault doesn’t matter to her, y’all can donate to help survivors of sexual violence from Howard. https://t.co/d7UKDZ0ODg https://t.co/Yv9WvgfGrW

If Phylicia Rashad was gonna pick a hill to die on it had to be this one huh… and she is now a Dean of a school at a University https://t.co/qCghXdOSQA