A Couple Ordered An $18 Wine And Was Served A $2,000 Bottle Meant For Some Wall Street Guys Who Couldn’t Tell The Difference 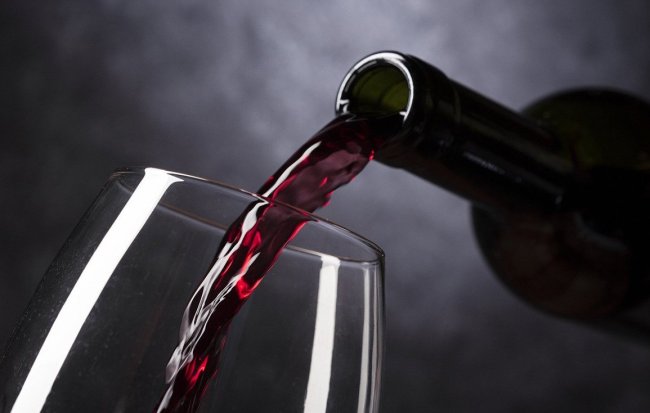 New York City is home to around 25,000 bars and restaurants (or at least it was before they kind of stopped being a thing earlier this year) ranging from pizza places where you can pick up a slice for $1 to Michelin-starred establishments boasting some of the finest meals the culinary world has to offer that tend to run you just a little bit more than that.

I lack the funds to frequently dine at the establishments that fall at the pricier end of the spectrum, but during my time in the Big Apple, I’ve occasionally treated myself to some fancy dinners at restaurants where I do what I can to act like I belong there despite being incredibly out of my element—especially at places that present you with a wine list the size of a small novel filled with offerings that were bottled decades before I was born and cost more than I make in a month.

If you’ve ever found yourself in a similar situation, there’s a good chance you’ve harnessed the same strategy I’ve repeatedly turned to over the years, which involves scouring the collection for the most moderately-priced offerings and asking your waiter various questions about the more expensive ones even though both of you know you already decided to order the second-cheapest bottle on the list.

Of course, there’s nothing wrong with showing your hand and simply asking for the one that’ll run you back the least, which one couple decided to do when they ordered an $18 Pinot Noir during a night at Balthazar, a French restaurant in SoHo that’s been serving up food and drinks to a wide variety of clientele since owner Keith McNally opened it up in 1997.

That includes a few Wall Street workers who were there on the same evening and decided to drop $2,000 on a bottle of 1989 Chateau Mouton Rothschild, and as McNally recounted on Instagram earlier this week, the restaurant ran into a bit of an issue after the manager poured both bottles into identical decanters. This resulted in a mix-up that led to the couple being served the one that cost $1,982 more than the one they asked for, while the quartet of finance guys—one of whom appeared to fancy himself a bit of a connoisseur—were given the decidedly cheaper option and didn’t notice the difference until the man who made the mistake eventually broke the news to both parties.

One night at Balthazar four Wall Street businessmen ordered the restaurant's most expensive red wine: a $2000 bottle of Chateau Mouton Rothschild. One of the two managers transferred the Bordeaux into a decanter at a waiter's station. Simultaneously, a young couple ordered the restaurant's cheapest red wine, a $18 Pinot Noir, which they wanted pouring into a decanter. These two very different wines were now in identical decanters. Mistaking the $18 decanted wine for the $2000 Rothschild, the first manager formally poured the cheap wine to the businessmen. According to the manager, the host considered himself a wine connoisseur, and showing off to his guests, tasted the cheap wine before bursting into raptures about its 'purity'. The young couple who ordered the $18 Pinot Noir were inadvertently served the $2000 Chateau Mouton Rothschild. On taking their first sips of what they believed was cheap wine, they jokingly pretended to be drinking an expensive wine and parodied all the mannerisms of a wine snob. Five minutes later the two managers discovered their error and, horrified, phoned me at home. I rushed to Balthazar. The businessmen's celebratory mood was clearly enhanced by the wine they had mistakenly thought was the restaurant's most expensive. This put me in a dilemma: whether to come clean and admit the manager's mistake, or allow him to continue drinking the cheap wine in blissful ignorance. Taking the latter route would certainly be the easiest. Also the cheapest. It was unthinkable at this point to pull the real Bordeaux from the young couple's table. Besides, they were having too much fun acting out drinking a $2000 bottle of wine. I decided to veer from my normal behaviour, and tell both parties the truth. The Wall St. businessman responded by saying, "I THOUGHT that wasn't a Mouton Rothschild!" The others at the table nodded their heads in servile agreement. The young couple were ecstatic by the restaurant's mistake, and told me it was like the bank making an error in their favour. The trouble was, it was me who was down $2000, not the bank. Both parties left Balthazar happy that night, but the younger of the two left happier.

You’ve got to love a story with a happy ending.