Remember The Couple Who Masterminded The $400,000 GoFundMe Scam With A Homeless Man? They Are Royally F*cked 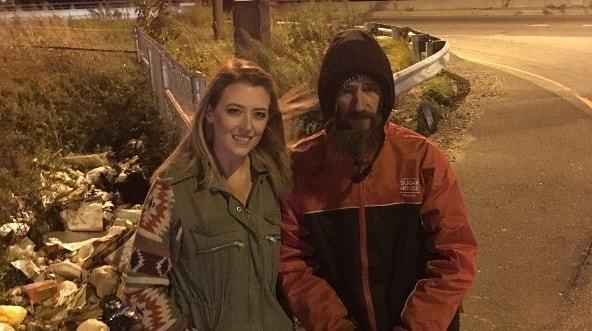 “As long as greed is stronger than compassion, there will always be suffering.” -Quote I found on Google 30 seconds ago

Remember the story of the homeless veteran and a New Jersey couple cooking up a viral sob story to scam people out of $400,000 via a GoFundMe account? We have an update.

As a refresher, the story, which blew up around Thanksgiving of 2017, purported that a homeless veteran coughed up his last $20 to buy gas for a stranded motorist who was on empty.

McClure started a faux GoFundMe that raised over $400,000 for the residentially-challenged Johnny Bobbitt, money that would be blown on luxury items and gambling trips that included a baller New Year’s trip to Las Vegas, claims officials.

The irony is that McClure and D’Amico’s initial interactions with the homeless man began altruistic, giving him money or a hot cup of coffee when they’d see him panhandling by a New Jersey underpass.

At some point, their motivations turned to pure greed, resulting in them concocting a scam. They created a GoFundMe account for Bobbitt compelling enough to garner donations from 14,347 donors resulting in $402,706 in donations for Johnny, blowing past the goal of $10,000.

The couple took the majority of the $367,108.81 they received after GoFundMe (sans GoFundMe processing fees), while Bobbit claimed he only received $75,000. Meanwhile, the couple spent the money on the gamut of lavish expenses:

In a text correspondence between McClure and a friend that were made public, the friend warned her to come clean after their excessive spending could bite the couple in the ass. McClure replied, “I’ll be keeping the rest of the money, f–k you very much.”

Bobbit eventually took the couple to court, could not have been more idiotic considering he was complicit in the crime.

Now all three of them are fucked!