Court Rules Walk From Bed To Home Office Counts As Commuting, Can Claim Workers’ Comp If Injured While Doing It 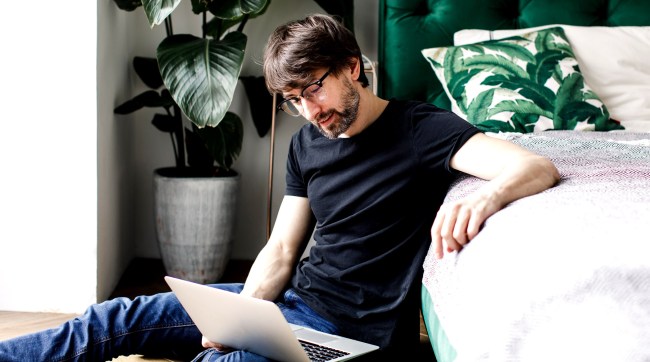 Did you know that walking from your bedroom to the desk in your home office might count as a commute? And that if you injure yourself during that “commute” you may be entitled to workers’ compensation? Because that is exactly how a court in Germany just ruled.

The court ruled that a man who slipped and injured his back while walking a few feet from his bed to his home office was technically commuting, reports the Guardian.

The unnamed man fell while walking down a spiral staircase between his bedroom and his home office, resulting in his suffering a fractured vertebra in his back.

His employer’s insurance refused to cover the medical expenses caused by the accident, but now, due to the ruling by the Bundessozialgericht (Germany’s Federal Social Court), they will.

The court noted that the employee usually started working in his home office “immediately without having breakfast beforehand”, but did not explain why that was relevant to the case. However, later it said that statutory accident insurance was only afforded to the “first” journey to work, suggesting that a trip on the way to get breakfast after already being in the home office could be rejected.

According to CNBC, a lower court initially ruled that the man’s walk from his bedroom to his home office was an “uninsured preparatory act that only precedes the actual activity.”

Later, a higher social court said it viewed his “first morning journey from bed to the home office as an insured work route.”

“This is because there is an increased category of activities and events that you can carry out [within the home] that will now be covered, and it seems likely that insurers will therefore have to revisit this ruling often,” said O’Brien.