Cowboys Fan Yells ‘How Many Times Are You Gonna Get Sacked, Dak’ After Cowboys Offensive Line Struggles 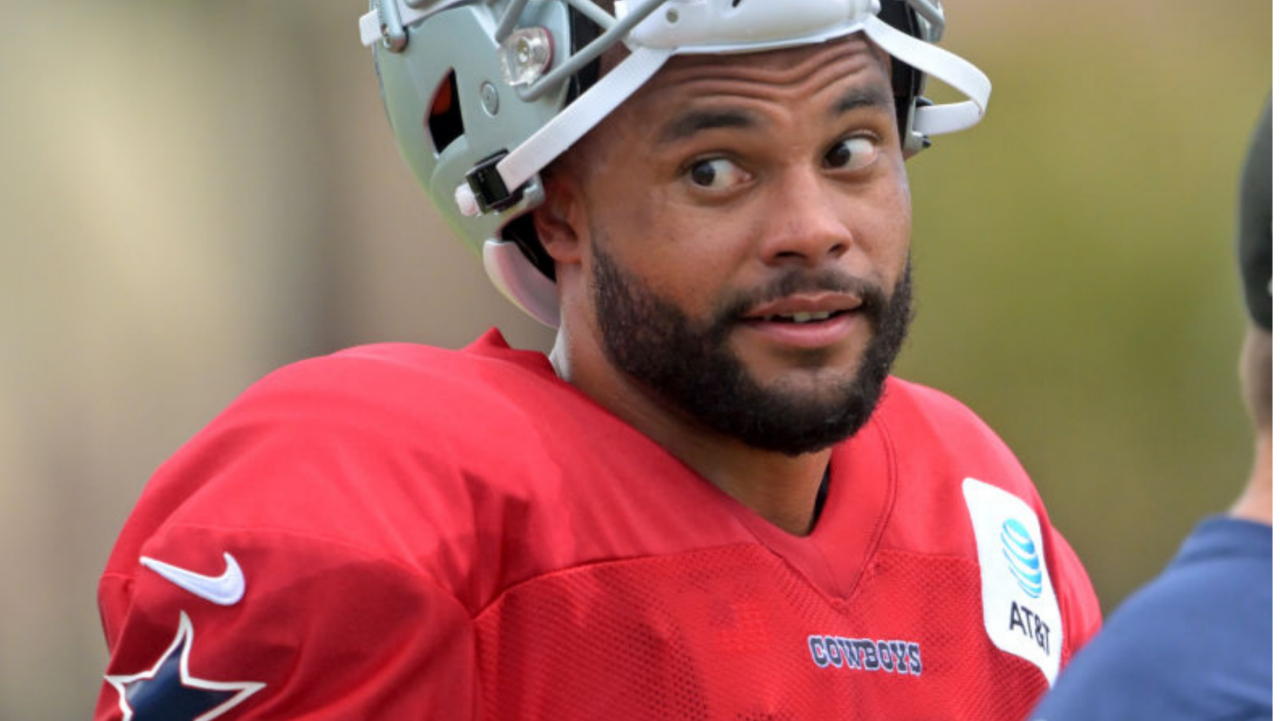 The Dallas Cowboys offensive may have some serious issues this season if the offensive line doesn’t figure things out.

During training camp, Cowboyws owner Jerry Jones that he’s most concerned about his O-line but that he was encouraged with what he’s seen so far.

A place that was probably my most concern that I’m the most encouraged is in our offensive line,” Jones said. “We’ve got some players from last year, young players last year, that are going to be real contributors, and then we’ve got some new players this year, our draft picks principally, that will help us.”

He’s definitely not going to be encouraged from what he saw during the team’s latest practice. In a video shared by Clarence hILL Jr. the offensive line missed several assignments and gave up a ton of sacks in a short time span. One fan could be heard yelling “how many times are you going to get sacked Dak?.” during the training session.

The Cowboys oline had a rough day with the dline today. Dak Prescott was sacked several times pic.twitter.com/LPvuWOltt5

they’re gonna get him killed… https://t.co/ogIfzaISMv