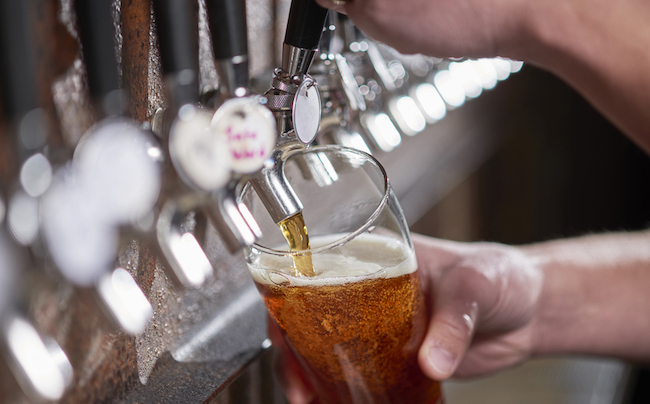 There aren’t many things people seem to love more than focusing on the upsides of a potentially self-destructive habit while ignoring all of the possible negatives. Sure, something like red wine might potentially be good for you in moderation, but I’m pretty sure all of the potential health benefits are canceled out when you chug half a bag of Franzia.

If you look hard enough, there’s probably a study out there you can use to justify almost all of your favorite vices. I’m personally a big fan of cherry-picking from publications that help me feel better about drinking as much beer as a do, like the ones that say it can make you age slower, help improve your memory, increase your levels of happiness, and do a better job at killing pain than actual medicine.

Thanks to some new research, I can now add one more benefit to that list.

Craft beer consumption has been on a steady rise over the past decade or so, and California Polytechnic State University associate professor Mike McCullough recently decided it was time to spend some time taking a closer look at microbrews. While you’re not doing yourself any favors by crushing a four-pack of the 9% ABV New England IPA you paid $24 for, he revealed there are some actual some rewards that come with drinking responsibly.

McCullough said most craft beers contain a higher volume of a vitamin B3 (in the form of niacin) and yeast than their mass-produced counterparts, which could help lower cholesterol in addition to reducing your risk of diabetes and heart disease.

It turns out the hipsters who led the craft beer movement might have had a reason to feel superior after all.