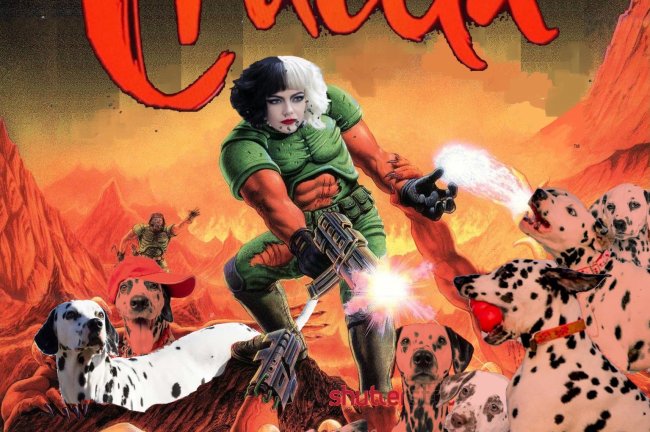 I actually really liked Cruella. Certainly more than I expected to, you know, considering the fact that I’m a 28-year-old dude, firmly putting me in the demographic that this movie was not made for. You can check out my full review here, where I gush about the immaculate craftsmanship and the performances from the Academy Award-winning duo of Emma Stone and Emma Thompson.

That said — and maybe it’s a result of me seeing the movie alone and not having anyone to joke about it with — but I hadn’t realized how absurd Cruella’s origin story actually is, particularly when it comes to her, uh, obsession (?) with Dalmatians.

If you’ve seen the film, then you know Cruella’s mother — who actually isn’t her birth mother, but rather, a watchful guardian — was killed by an onrushing trio of Dalmatians controlled by Emma Thompson’s evil Baronness.

For those who don't believe it. pic.twitter.com/MSwKaFKd3h

This is, objectively, an absurd way for someone to be sent on their villainous path, which naturally led to Twitter doing what it does best: meme-ing the hell out of the moment.

looking forward to the upcoming Disney movie GASTON, in which we will get to see Gaston's parents murdered by literacy and respect for women

HERE MUM GETS KILLED BY DALMATIANS
FUNNIEST SHIT I'VE SEEN
IS THIS A JOKE
IT FEELS LIKE A JOKE pic.twitter.com/nuBCN7hVgA

Cruella's mother is killed by Dalmatians despite Dalmatians being notable for being friendly, sociable dogs so Disney just fucked this up from every conceivable angle really.

the dalmatians in Cruella (2021): pic.twitter.com/ID3GvsOmIY

Despite the patently absurd nature of Cruella’s disdain for Dalmatians, Disney’s Cruella is very much worth the watch, which you can check out either in theaters or on Disney+ Premier Access for $29.99. We spoke with Mark Strong, who stars in the film as John the Valet, about his role in Cruella and his career at large, so definitely make sure to check that out as well.